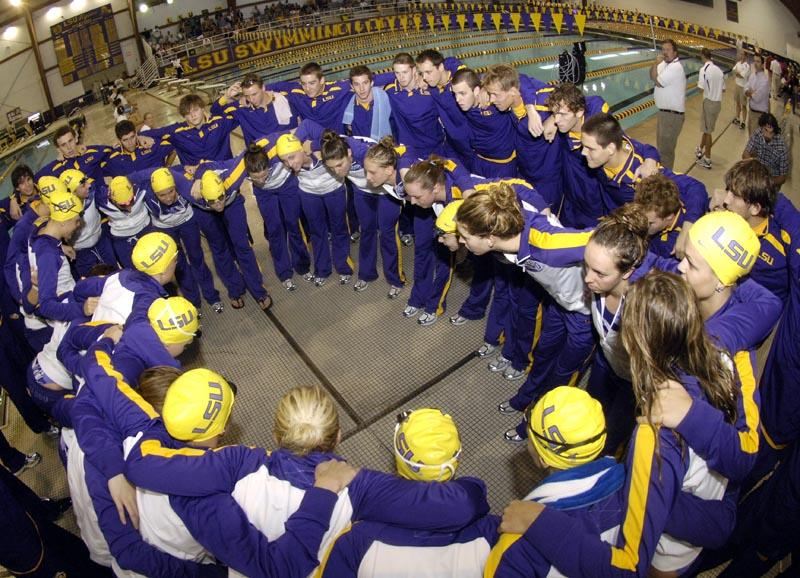 ATLANTA — Two weeks after its SEC sweep of Alabama and Vanderbilt, the LSU swimming and diving team competes at the three-day Georgia Tech Invitational beginning at 9 a.m. CST Friday in Atlanta.

Joining the Tigers and host Yellow Jackets this weekend will be Florida State, Duke, North Carolina State, Miami and Florida Atlantic. LSU faces the Seminoles this January in Tallahassee, Fla.

“We are excited,” said LSU head coach Adam Schmitt. “Every year we have a fall invite to go to. It is a chance for us to get into that championship mode and do the events that we will eventually do at the end of the year and at NCAA (Championships). We are the only SEC team, so we are looking forward to going after ACC teams to see how we can perform here.”

The 19th-ranked LSU men’s team enters the weekend with a 3-2 dual-meet record that features wins over South Carolina, Delta State and Alabama. The Tigers rolled up a 194-106 win over the Crimson Tide on Nov. 2.

The Tigers have shown great success in meet invitationals over the past several seasons. Last year, LSU went to College Station, Texas, and won the Art Adamson Invitational, which elevated the team into the College Swim Coaches Association of America poll.

“Your races aren’t as close together in invites, and you have a little more preparation time,” said Schmitt. “We go into this hoping to throw down some season-best times and maybe walk away with NCAA ?B’ or ?A’ cuts. It is definitely different than dual meets.”

Meanwhile, the LSU women’s team has had its own success by posting a 4-1 overall dual-meet record, including a 3-1 mark in SEC action. The Lady Tigers own victories over South Carolina, Alabama, Vanderbilt and Delta State. Three league wins represent the most in the SEC Western Division this season.

The LSU women have defeated seven of its last eight opponents dating back to last season. That includes a current three-meet winning streak. The Lady Tigers defeated the Crimson Tide, 173-127, while also cruising past Vanderbilt, 240-49, on Nov. 2 in Tuscaloosa.

Katherine Noland, Berit Aljand, Kannon Betzen and Monica McJunkin all won events. Sophomore Rachel Ware claimed first place in 1-meter diving while finishing runner-up in the 3-meter. For her efforts, she was named SEC Female Diver of the Week.