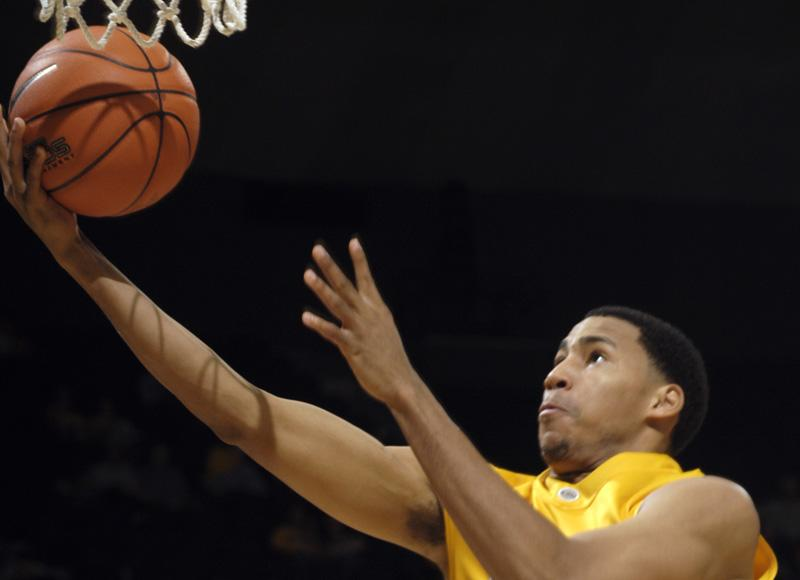 BATON ROUGE — LSU held off the long-range shooting of McNeese State thanks to some key plays in the final minutes to win for the 64th straight time at home against a Louisiana school, 78-74, over the McNeese State Cowboys Wednesday night at the Pete Maravich Assembly Center.

A three-point play by Tasmin Mitchell ignited a late surge that carried LSU to a 2-0 start heading into the EA Sports Maui Invitational that begins Monday in Lahaina, Hawaii.  The Tigers will meet Oklahoma State, a loser Wednesday night at North Texas, 83-72.

Mitchell’s three-point play with 2:41 remaining in the game gave the Tigers (2-0) a 68-65 lead. A dunk by Anthony Randolph pushed LSU’s advantage to five points.

The Cowboys (0-2) would pull within three points, 72-69, on a basket by Jarvis Bradley. But, the Tigers built their lead back to seven on a pair of free throws by Marcus Thornton and Garrett Temple.

McNeese came right back to cut its deficit to two points on a field goal and 3-pointer by John Ford. But, both Temple and Mitchell made one of two free throw attempts in the last 25 seconds to preserve the victory.

Thornton was the top scorer for LSU with 24 points. Mitchell, who was saddled with two quick fouls Monday against Southeastern Louisiana, had a double-double with 16 points and 14 rebounds. Randolph finished with 12 points and Terry Martin had 11.

Ford and Diego Kapelan, both of whom knocked down five 3-pointers, led the Cowboys. Ford, who was 5-of-6 on 3-pointers, had 21 points. Kapelan, who made five of his 10 3-point attempts, had 15 points. Aldryan Wardell had 10.

LSU fell behind by one point early in the second half before going on an 8-0 run. Martin started the spurt with a 3-pointer and ended it with a two-point basket.

In between those two field goals, Thornton made one of two free throws and Temple made a layup off a turnover. That brief flurry of points left the Tigers with a 47-40 lead.

LSU would build an eight-point advantage at 52-44, but McNeese answered with eight consecutive points on two 3-pointers by Kapelan and a basket by Kleon Penn. Neither team would have a lead greater than three points until the deciding stretch.

Opening statement…
“So many things are going through my mind I don’t know where to start. The thing that is really intriguing about our team is that they don’t show me in the game what they do at practice. I am convinced, and I may be wrong, that this is a good shooting team. We haven’t really shot the ball at all. We gear ourselves to be a team that can make a few open shots but we haven’t made them. We had to rely on getting the ball to the rim and getting by. I can’t tell you, and I will chart it tomorrow on the plane, how many open shots we missed.”

“McNeese executed better than we did and they have experienced players. Our inexperience showed up at times. They are well put together. They made some shots on us and we didn’t make shots. If you go 12 for 23 from three you can play with a lot of folks. We only went 3 for 18. We did shoot more than 50 percent from the floor in the second half. Our saving grace was that we got to the free-throw line. If we did not do that, then we would not have won the game.”

“We rebounded the ball a little better in the second half and showed a little toughness. But we are certainly no where where we need to be in order to beat the teams that we are going to have to beat.”

“I told my team in the locker room that ?You guys are going to have to understand the level of execution it takes to win against the teams that we have to play.’ You have to execute, you can’t be a step late, or say ?Oh I should go here,’ it will be too late. It’s not going to happen. You can get by with it in these early games but you can’t get by with it next week on that island (Maui Invitational.)”

On what the team needs to do to play better…
“We need to rebound and defend a lot better than we have been in the last two games so we can compete in Hawaii.”

On F Tasmin Mitchell‘s play down the stretch…
“In the first half he didn’t struggle that much. He did better than the first game and didn’t get into foul trouble. His natural position is at the 3, it’s the position he’s been playing since he got here so we were able to get him involved a little bit. But Tasmin is a warrior. He’s been through the wars and we know what we’re going to get from him. The cream rises to the top at the end of the game. He certainly rose to the occasion and made some big plays.”

On what the team needs to do to change their defense…
“It’s really not mentally, it’s physically. We need to just go out and change what we’re doing. That’s what we were trying to do when we went under the screen when the point guard came off a ball screen. Then he wasn’t hitting as many shots. He hit a couple, but we just had to change up what we were doing and try to get the ball out of his hands and distract him a little bit and rotate. (McNeese St. G Diego Kapelan) hit four or five threes, however many he hit and we had to adjust to that and just play a little bit more individual defense. It was good enough to win. We got the W and we’re 2-0 so we don’t have to talk about a loss like Kentucky or Cincinnati or stuff like that.”

Opening Statement
“I told them they had the makings of a good team. It is disappointing because I wanted it so bad for them. We got some teary eyes in there. You know that feeling, so we have to go back to work to keep from having that feeling. It was a great opportunity. Of course, LSU played well down the stretch. We know they played Monday. They were probably a little bit fatigued. We thought we could get them late. I think we had some crucial turnovers late in the game. We tried to force it, but it was effort trying to win a basketball game. I was proud of them. I told them that, but we have a long road to go. We have to bounce back and shake this one off. We have a ballgame on Friday against Louisiana College, who is a very good basketball team.”

On the play of guard Diego Kapelan …
“We know Diego (Kapelan) can shoot the basketball. When he is in rhythm, he has a good touch. That’s why we got him here. We just got to get some stops on the defensive end. We had an opportunity on the free throw line. The opportunity was there. We know Diego and John (Ford) had a hot hand. We were actually looking for them. I’m proud of them. Again, we have to do better at the free throw line. We only get six (free throws) tonight, and they get to the line 29 times.”