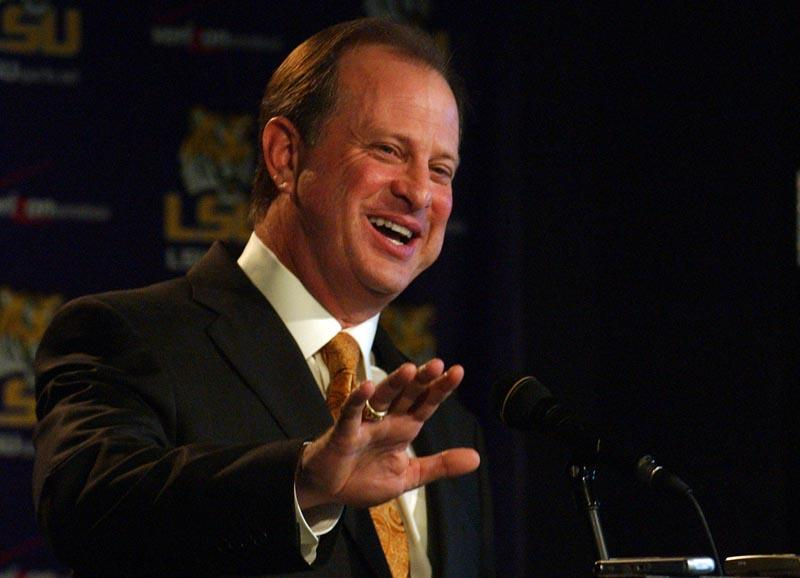 “We received four letters of intent from all the players that we anticipated getting letters from,” said LSU Coach John Brady. “We are extremely excited about these four players. All of them fit a need that our team desperately needs.

Morgan is rated No. 23 in the country by Rivalshoops.com and 29th by Scouthoops.com after averaging 13 points, nine rebounds and five blocks per game last season. He was the District 14-4A defensive MVP and was named first-team Class 4A All-State by the Texas Association of Basketball Coaches.

Warren, ranked the 31st best power forward in the country by Scouthoops.com, averaged 22.3 points, 18.1 rebounds and nine blocks a contest last year for Richwood as the Rams advanced to the Class 3A state semifinals. He was a first team All-State selection by the Louisiana Sports Writers Association.

Delwan Graham, ranked 68th in the country by Scouthoops.com, averaged 18.6 points per game and 11 rebounds in earning first team Class 3A All-State honors by the Georgia Coaches Association. Dunwoody was 27-4 last season after winning the state crown in Graham’s sophomore season.

Harris’ Mundy Mills team is 60-24 the last three seasons, with three consecutive playoff appearances, including a regional championship and a trip to the Class 5A state tournament in 2007. The 3-star Rivalshoops.com and Scouthoops.com player averaged 19 points and 11 rebounds in earning an honorable mention All-Metro by the Atlanta Journal Constitution. He scored a 1300 on the SAT and carries a 3.7 GPA.

“J’Mison Morgan will anchor our middle, one of the top 25 high school players in the country at any position. Certainly he is going to be a great addition to our program,” said Brady. “Storm Warren from Monroe, who plays for ‘s father (Terry Martin, Sr.), is one of the hardest playing guys I saw this past summer. He is a great rebounder, a great competitor. Delwan Graham along with Storm Warren is another one of the hardest playing players in the country. He and Dennis Harris were on the AAU team that won the Las Vegas Invitational, that prestigious tournament with over 150 teams in the summertime. Dennis is a guy we will develop but brings a lot of skills to his position at 6-10.

“I’m confident all four of these guys will be big contributors to our program and puts us with a recruiting class that will probably finish somewhere in the top 15 in the country,” said Brady.