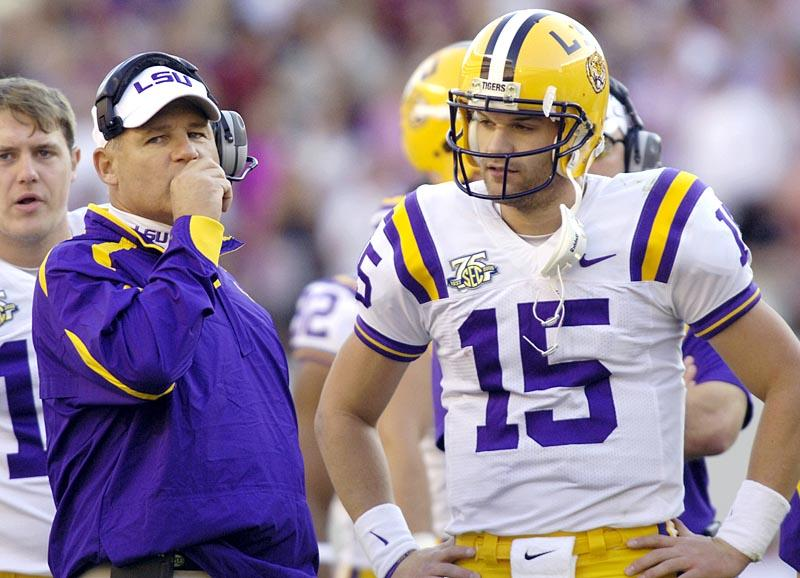 BATON ROUGE — LSU coach Les Miles was named as a semifinalists for a second coach of the year award on Tuesday, this time being one of 15 candidates up for the George Munger Award.

The George Munger Award is presented annually by the Maxwell Memorial Football Club and is given to the top coach in college football. It’s voted on by all 119 Division I head coaches, members of the Maxwell Football Club as well as sportswriters and sportscasters from across the country.

Last week, Miles was named as one of 16 semifinalists for the 2007 Paul “Bear” Bryant College Football Coach of the Year Award.

Miles, in his third season with the Tigers, has guided LSU to a 9-1 overall mark and a 5-1 Southeastern Conference record this year. LSU is also ranked No. 1 in the nation in the BCS Standings for the first time ever during the regular season.

With its current No. 1 ranking in all three major polls, LSU has now climbed to the top spot in the rankings for the second time this year. It’s the first time LSU has been ranked No. 1 during the regular season since 1959.

LSU has already clinched a spot in the SEC Championship Game despite the fact that there are two league games remaining on the Tigers’ schedule.

Of LSU’s nine wins in 2007, five have come against teams ranked in the top 25, including top 10 victories over No. 7 Florida and No. 9 Virginia Tech. LSU’s five wins over ranked opponents is the most of any team in the country this year.

Miles has also guided the Tigers to three fourth quarter comeback wins, most recently against Alabama on Nov. 3. LSU scored on its final possession to beat both Florida and Auburn. LSU’s only loss this year came to then-No. 17 Kentucky in triple overtime.

With a 31-5 overall mark in three years in Baton Rouge, Miles is off to the most successful start for any coach in school history. Miles is also the only coach in LSU history to beat Florida, Auburn and Alabama in the same season, and he’s done it twice ? 2005 and 2007.

The winner of the George Munger Award will be announced in December.