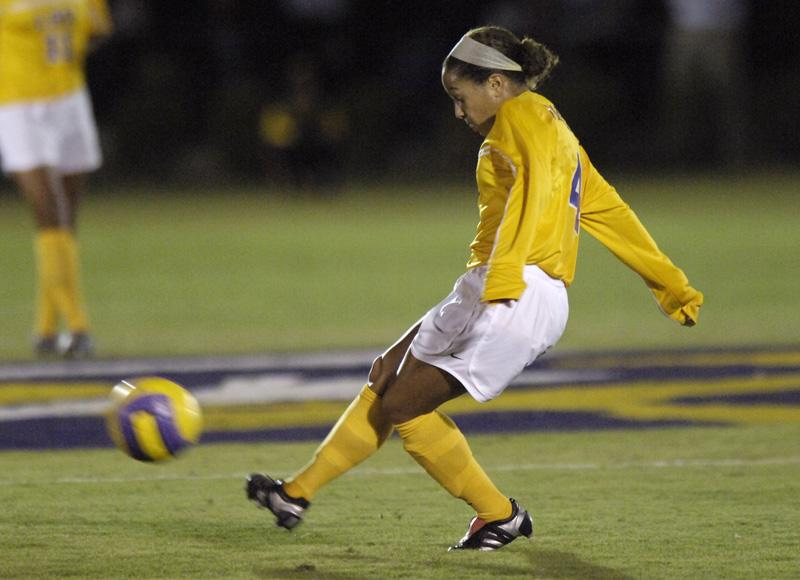 The Tigers advanced to the semifinals of the SEC Tournament for just the second time in six appearances after topping division rival Auburn in penalty kicks in the first round on Wednesday.

After battling to a 2-2 draw in regulation, Vogler denied Auburn on each of its first two attempts and Malorie Rutledge, Melissa Clarke, Taryne Boudreau and Chelsea Potts each stepped up to the penalty spot and converted to send the Tigers into the semifinals by a 4-2 margin in penalty kicks.

LSU fell to top-seeded Florida in double overtime by the score of 1-0 in Friday’s semifinal round, and the Gators wrapped up the tournament title on Sunday with a 4-1 win over No. 2 Georgia.

The Tigers will now wait to see if they receive an at-large bid into the NCAA Tournament as the 2007 NCAA Division I Women’s Soccer Championship bracket will be announced on ESPNews on Monday from 7-7:30 p.m. CT. ESPNews can be found on DirecTV at channel 207, Dish Network at channel 142 or check your local listings.