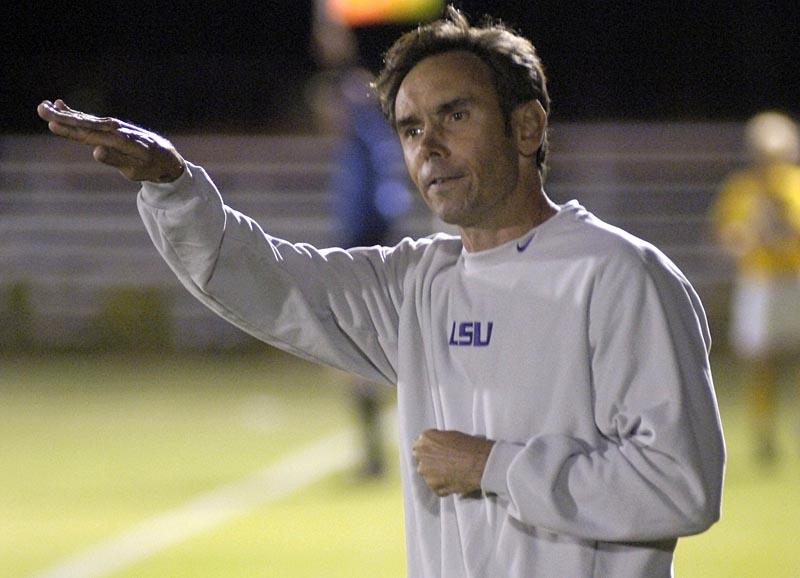 ORANGE BEACH, Ala. — Despite holding 14th-ranked Florida scoreless for 106 minutes Friday night, the 25th-ranked LSU soccer team fell to the Gators in double overtime, 1-0, in the semifinal round of the 2007 SEC Tournament at the Orange Beach Sportsplex.

Florida defender Shana Hudson ended the match with her third goal of the season at the 106:02 mark of the second overtime period after firing a shot off of an LSU defender and into the back of the net from about 10 yards out inside the penalty area.

“There’s not doubt that Florida is a great team. They play a very attractive style of soccer and are as impressive a team as I’ve seen in my three years here,” said LSU head coach Brian Lee. “They showed that with the way they played tonight. We wish them the best of luck in the NCAA Tournament, and I hope that we are sent to a bracket far away from them.”

The Tigers (11-4-7) were held in check offensively throughout as they were limited to a season-low two shots with one shot on goal while they did not attempt a corner kick in the match.

Florida (15-4-2) controlled the run of play for the duration as the side attempted a total of 22 shots with 10 shots on goal and 13 corner kicks on the evening, which are the most corner kicks that LSU has surrendered in a single match this season.

“I thought our back four was fantastic all night long,” Lee said. “Florida stayed on the attack and kept the pressure on our back line the entire match. Those four (Casey Crawford, Chelsea Potts, Caroline Vanderpool and Nikki Bush) stayed organized and played very well as a unit.”

With the victory, the top-seeded Gators extended their winning streak to a league best 11 games and are set to battle the second-seeded and 13th-ranked Georgia Bulldogs for the SEC Tournament title on Sunday at 2:30 p.m. CT.

The Tigers will now wait to see if they receive an at-large bid into the NCAA Tournament as the 2007 NCAA Division I Women’s Soccer Championship bracket will be announced on ESPNews on Monday from 7-7:30 p.m. ESPNews can be found on DirecTV at channel 207, Dish Network at channel 142 or check your local cable listings.

LSU has built a strong resume to receive an NCAA bid by finishing the regular season ranked No. 27 in the final Ratings Percentage Index with a 3-3-5 mark against teams in the RPI Top 50.

“Obviously, it’s out of our control, but we certainly feel like we’ve done enough to earn an at-large bid into the NCAA Tournament,” Lee said. “We look forward to the opportunity if we are fortunate enough to play for another week. The SEC is a great conference and playing teams like Auburn and Florida this week is great preparation for the NCAA Tournament.”