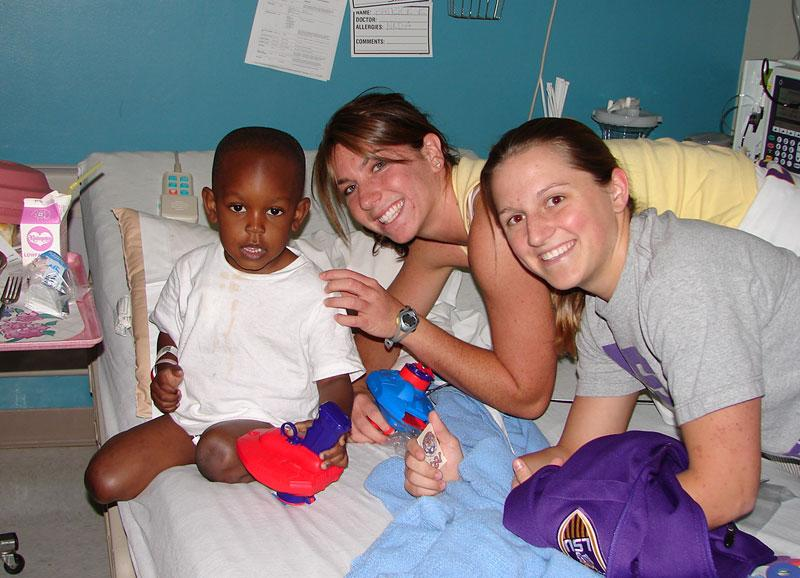 BATON ROUGE — For displaying outstanding leadership in the community, senior forward Sara Pollock has been named one of the 11 members of the 2007 Southeastern Conference Soccer Good Works Team as announced by the league office Thursday.

Pollock is one of 11 student-athletes named to this year’s team, which includes a representative from each school in the conference except Georgia.

The Baton Rouge native serves as President on the Student-Athlete Advisory Council at LSU after serving as the organization’s Vice President a year ago. She has also contributed in many community service projects over the past year, including projects with the 4-H University Club.

Pollock has made frequent visits to Our Lady of the Lake Children’s Hospital, while also setting up the soccer activity and participating in the annual Halloween BOOzar and adopting a child and raising money to provide toys and clothes at the annual Christmas Toy Drive.

Pollock has been an active member of the Shaquille O’Neal CHAMPS/Life Skills Program throughout her collegiate career, and earlier this fall she joined other LSU student-athletes in renovating a playground for the students at Polk Elementary School near campus.

In addition, Pollock has been actively involved in the fight to find a cure for such diseases as amyotrophic lateral sclerosis and muscular dystrophy. Earlier this year, she raised money and participated in the ALS Walk for Lou Gehrig’s Disease and took part in the Muscular Dystrophy Association’s Strides and Rides Event.

Pollock has shown outstanding leadership in the community throughout her collegiate career as this is the second straight year that she has been honored by the conference as a member of the SEC Soccer Good Works Team.