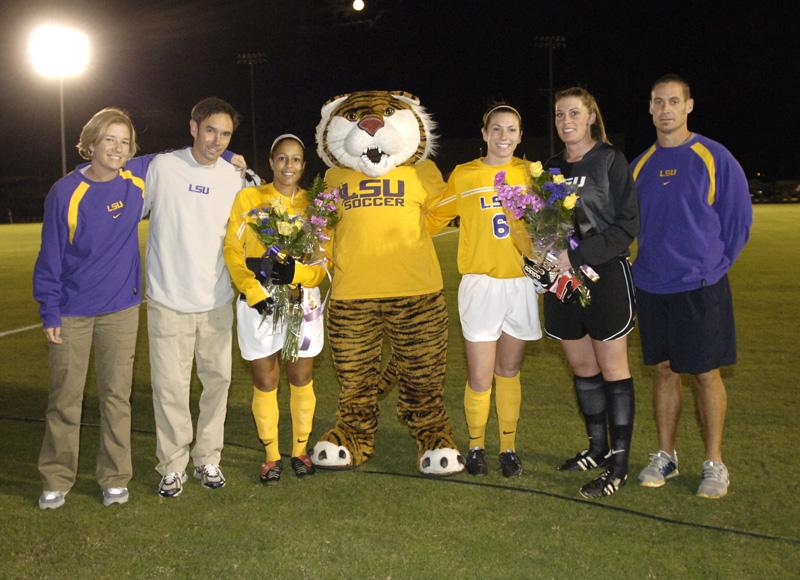 BATON ROUGE — The LSU soccer team is making a strong case for an at-large bid into the NCAA Tournament as it is ranked No. 27 in the final Ratings Percentage Index of the regular season released by the NCAA on Monday evening.

The RPI is the primary ratings system used by the NCAA when determining which teams will receive at-large bids into the NCAA Tournament following the regular season (selection show on Monday, Nov. 12 at 7 p.m. CST on ESPNews).

The Tigers clinched their first ever SEC Western Division championship with a 1-0 shutout of Arkansas on Friday, while they also locked up the No. 4 seed in this week’s SEC Tournament as they are set to take on fifth-seeded Auburn in the first round on Wednesday at 7:30 p.m. CT.

The LSU side has an opportunity to improve its standing this week as it is set to compete in one of the most competitive conference tournaments in the country. The tournament champion will be awarded an automatic berth into the NCAA Tournament following Sunday’s championship game.

In addition, the Tigers re-enter the national rankings this week following their performance against the Lady Razorbacks as they are No. 25 in the latest Soccer America Top 25 and No. 30 in this week’s Soccer Buzz Top 30. They are also receiving votes in the Soccer Times Top 25.