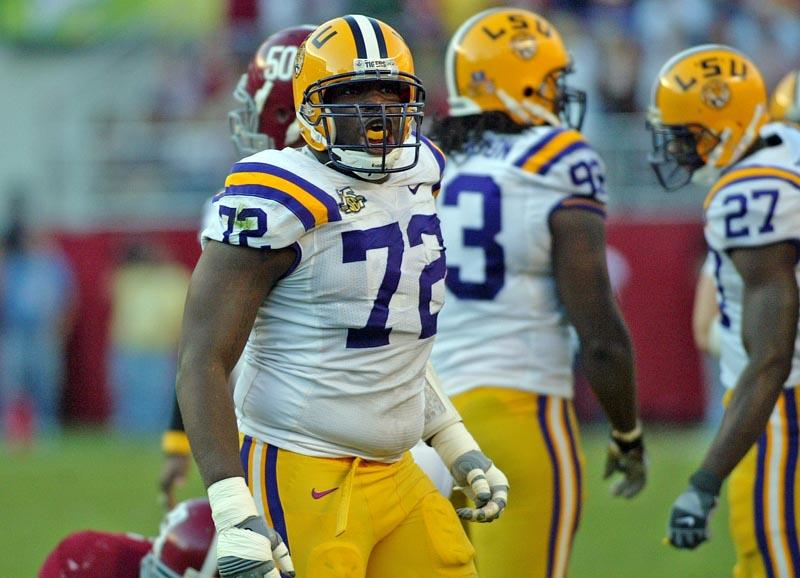 BATON ROUGE — LSU All-America defensive tackle Glenn Dorsey has been named the Southeastern Conference Defensive Player of the Week for his performance in the Tigers’ 41-34 win over 17th-ranked Alabama on Saturday.

Dorsey, a senior from Gonzales, La., posted a team-high seven tackles, including a sack and another tackle for a loss as the Tigers held Alabama to 254 total yards during the game. LSU also limited the Crimson Tide to a season-low 20 yards rushing.

Dorsey’s play up front helped disrupt an Alabama offense line that yielded a season-high seven sacks by the Tigers, including two each from defensive ends Tyson Jackson and Kirston Pittman. LSU’s other two sacks came from safety Chad Jones.

In addition to his tackles, Dorsey added a pair of quarterback hurries and batted down a pass at the line of scrimmage on Alabama’s final possession of the game.

LSU’s defense forced Alabama to punt on five of its seven second half possessions and the Tigers held the Crimson Tide to just three first downs on its final five possessions of the contest with one of those coming courtesy of a penalty.

For the season, Dorsey has recorded 46 tackles, 8.5 tackles for losses and five sacks for the second-ranked Tigers.