Former Tiger Sterling One of 'The 25'; Earns PGA Tour Card 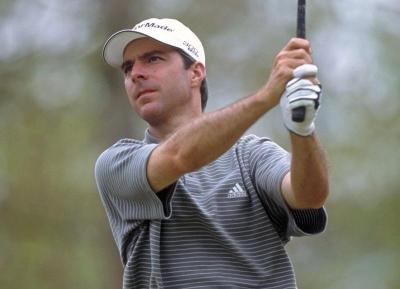 LAKESIDE, Calif. — Former LSU All-American Scott Sterling was one of a record 25 players who secured a 2008 PGA Tour card on Sunday after competing at the season-ending Nationwide Tour Championship at Barona Creek Golf Club.

Sterling has been in a season-long quest to finish among the 25 leading money winners on the Nationwide Tour, and his efforts paid off Sunday as he finished the season ranked No. 21 on the final money list with $216,324 in earnings.

“I’m pleased with the way I played overall this season,” said Sterling following the event. “I hit it well all year, but with the exception of winning in Australia, my putter gave me some trouble. If I can continue to hit it as solidly as I did this year and get the putter going at the same time, I think I’ll do pretty well on the PGA Tour.

“I can’t wait to get out there next year. Having only played in one PGA Tour event in my career, I am looking forward to everything about it.”

The 35-year-old native of Beaumont, Texas, enjoyed a successful season on the Nationwide Tour, include 17 made cuts in 28 appearances and seven top-25 finishes. Sterling posted the first win of his career at the Jacob’s Creek Open Championship in February and never dropped out of the Top 25 on the money list for the rest of the season.

The Nationwide Tour’s 32-tournament season came to a pressure-packed conclusion on Sunday with Richard Johnson winning the $775,000 Nationwide Tour Championship at Barona Creek by one stroke over Michael Letzig. Sterling finished in a tie for 17th place.

Sterling, now a resident of Baton Rouge, will join former LSU standouts David Toms and Brian Bateman on the PGA Tour beginning in 2008. He was an honorable mention All-American in 1994 and a two-time All-SEC selection following the 1993 and 1994 seasons.