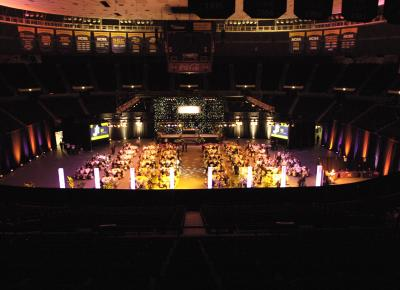 BATON ROUGE — Nominations are now being accepted for the LSU Athletics Hall of Fame.

Nominations must be submitted to LSU by Friday, November 16, for consideration at the next meeting of the LSU Athletics Hall of Fame Committee.

Nominations will be accepted for any former LSU student-athlete, coach or administrator who meets the qualifications for induction into the Hall of Fame.

To be eligible for the LSU Hall of Fame in the Athlete category, the individual must have been granted an earned baccalaureate, professional or graduate degree by LSU or by some other regionally accredited institution of higher learning, have earned one or more letters in a varsity sport at LSU, have gained national distinction through superlative performance as an athlete, and have established a personal reputation for character and citizenship which reflects favorably on the University.

Former LSU athletes are eligible for nomination only after three years or more have elapsed since the conferring of his or her degree.

To be eligible in the Coach/Administrator category, the individual must have made significant contributions to LSU Athletics in a capacity other than an athlete, have gained national distinction through exceptional accomplishments in his or her field of expertise and have established a personal reputation for character and citizenship which reflect favorably on the University.

Former LSU coaches and administrators are eligible for nomination only after five years or more have elapsed since retiring from the profession for which the individual is nominated.

Nomination forms can be attained by calling the office of the LSU Director of Athletics at (225) 578-3600, or may be downloaded at www.LSUsports.net/nominations.  Each nomination form must be accompanied by a professional resume’ of the nominated individual and two letters of recommendation.