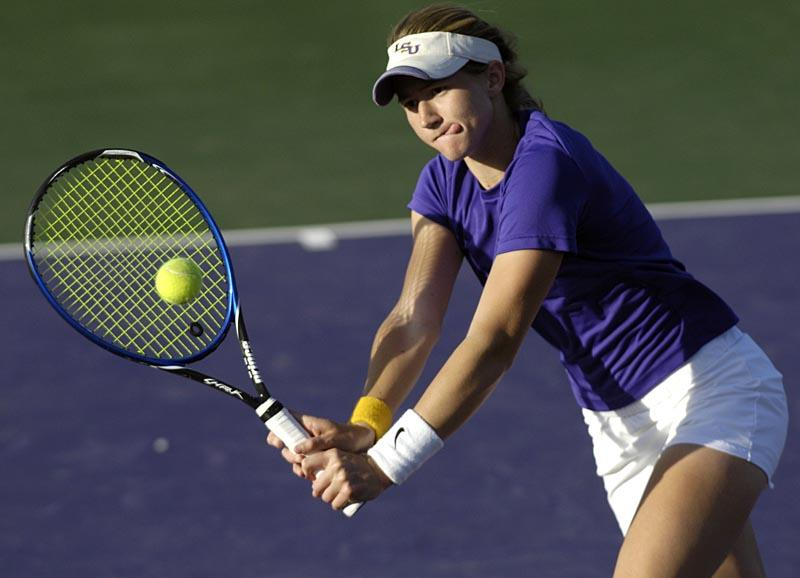 AUBURN, Ala. — LSU’s Mykala Hedberg and Staten Spencer pulled off a major upset in doubles as the Lady Tiger duo knocked off No. 21 Amanda Taylor and Courtney Ulery of Vanderbilt 8-5 in the quarterfinals on the second day of the SEC Fall Coaches Classic Friday.

Down 5-1, Hedberg and Spencer rallied to win the next seven games and claim the upset.

“I was really impressed with the way Mykala and Staten played,” head coach Tony Minnis said. “It was a great win. Staten and Kylie Adamek played well too in singles. Overall we had an OK day, but hopefully we can pick it up tomorrow.”

In singles, Spencer kept her good day going as she defeated Alabama’s Paulina Bigos 6-4, 6-3 in the round of 16. In flight four, Adamek beat Alli Nolen of Alabama 7-5, 6-1 to advance to the semifinals.