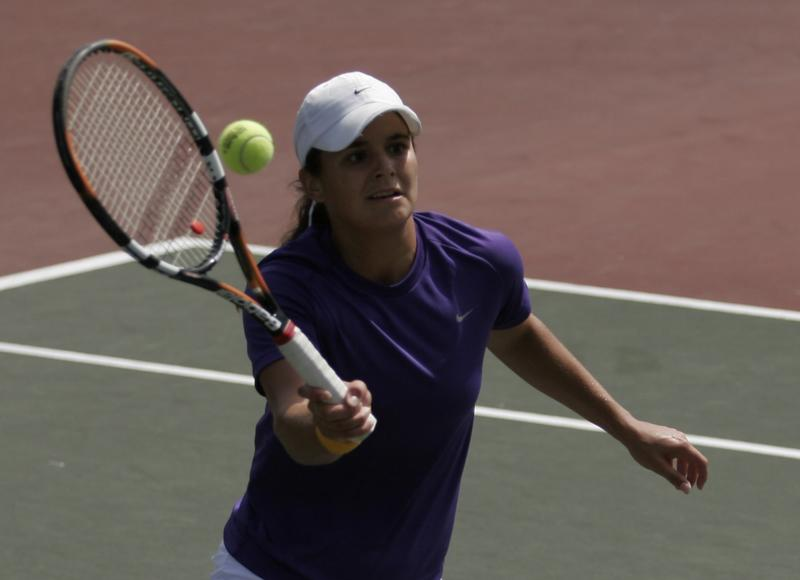 Ranked No. 1 in singles, Falcon lost for the second time this fall to a ranked opponent as 119th-ranked Miseviciute came away with the tough three-set win.

It looked like the red-hot Miseviciute would pull off the victory in straight sets when she was leading 3-1 in the second set, but Falcon roared back by winning five of the next six games to take the set. However, Miseviciute responded with a solid win in the third set.

Earlier in the day Falcon knocked off Oklahoma’s Anna Maria Constantinescu in straight sets 6-3, 7-6(1) in the round of 16 to advance to the quarterfinals.

In doubles, Falcon and teammate Hannah Robinson lost in the first round of the consolation bracket 8-3 to Sophie Grabinski and Sanaz Marand of North Carolina.

The losses in singles and doubles ended the Lady Tigers’ stay in the tournament.