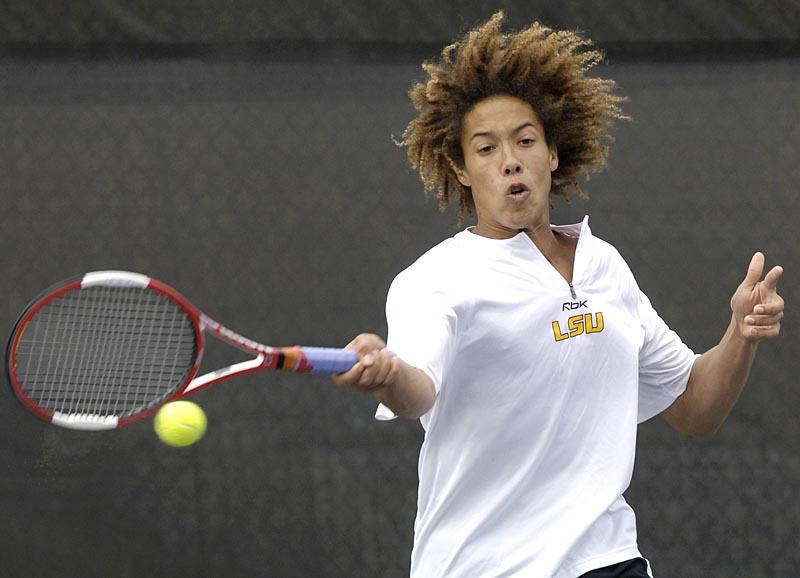 “We had a successful day today,” LSU head coach Jeff Brown said. “Guys are making adjustments to their game. Their attitudes have been very good and we look forward to another solid day tomorrow.”

Sebastian Carlsson, Martel Campbell, James Cluskey and Jonathan Tragardh all advanced in singles and will compete in their respective brackets semifinals Saturday morning.

Carlsson picked up a big win against second-seeded Piotr Banas of UL-Lafayette in the second round. After taking a first-set lead, Carlsson was blanked in the second set, falling 6-0.  The Uppsala, Sweden native showed great bounce-back ability in the third set by taking it with a 6-2 score.

The doubles duos of Cluskey and Julien Gauthier, and Ryan Lissner and Tragardh advanced in doubles and will compete in the semifinals Saturday afternoon.

After finishing doubles, Gauthier did not compete in the singles portion due to injury. Brown said Gauthier will be ready to continue doubles play Saturday.

Action will resume and end on Saturday. Singles play starts at 8:30 a.m.and doubles play at 3:30 p.m.