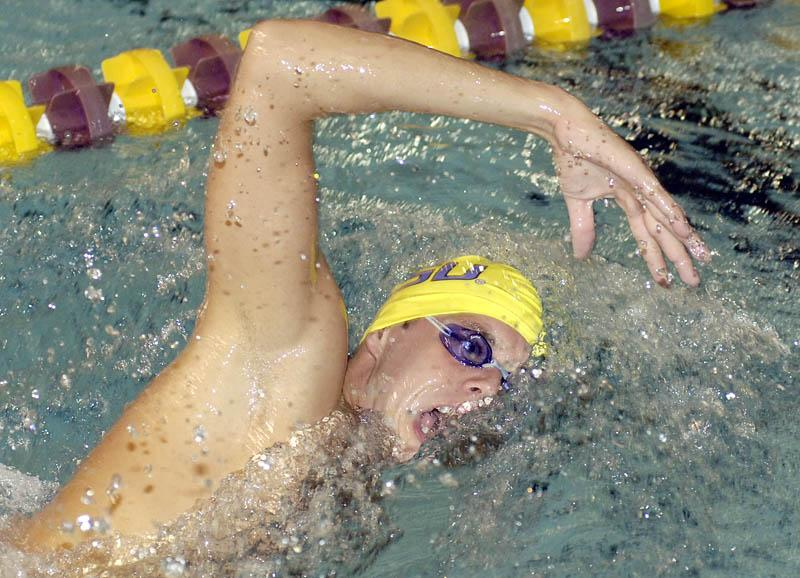 TUSCALOOSA, Ala. — The LSU swimming and diving team posted its second Southeastern Conference road sweep of the season on Friday as the Tigers defeated Alabama in the Alabama Aquatic Center. The LSU women also topped Vanderbilt on Friday.

“It’s hard to travel to an SEC location and get a win,” said LSU head coach Adam Schmitt. “We were able to come in here, stay focused and execute what we needed to do to get the win. It’s great for these seniors, who for three years moved up the ranks, and finally got the win. It is satisfying for them.”

The LSU men snapped a six-meet losing streak to the Crimson Tide and moved to 3-2 in meet competition. The three wins are the most by the Tigers since recording four wins during the 2002-03 season. The Tigers defeated Alabama for the first time since 2000 and posted their first win in Tuscaloosa since 1999.

“On the men’s side, just missing out last year and having to wait another year, the tension built up,” said Schmitt. “It was positive tension. I’m proud of the team because they did not lose confidence, and they know they have something special going on this year. It is exciting.”

The LSU women recorded their third straight victory over the Tide and have turned the series around. Alabama had won five straight decisions against the LSU women between 2000 and 2004. The Lady Tigers, who were competing against Vanderbilt for the first time since 1991, moved to 6-1 all-time in that series.

The LSU women upped their dual-meet record to 4-1, which includes a 3-1 mark in SEC action. The three league victories represent the most by the team since tallying three wins during the 2001-02 season.

The Tigers were led by a trio of upperclassmen, including junior Julius Gloeckner, senior Kevin Braud and senior Miko Malberg. Gloeckner racked up a meet-high three individual victories. He won the 200 butterfly in a time of 1:49.32 and led a 1-2-3 finish in the 200 individual medley with a clocking of 1:52.12. Gloeckner edged freshman teammate Clint Hallum in the 500 freestyle with a time of 4:31.84. Hallum swam a mark of 4:32.67.

The Lady Tigers’ 200 medley relay of Monica McJunkin, Victoria Givens, Katherine Noland and Gilmore opened the meet with a first-place clocking of 1:43.35.