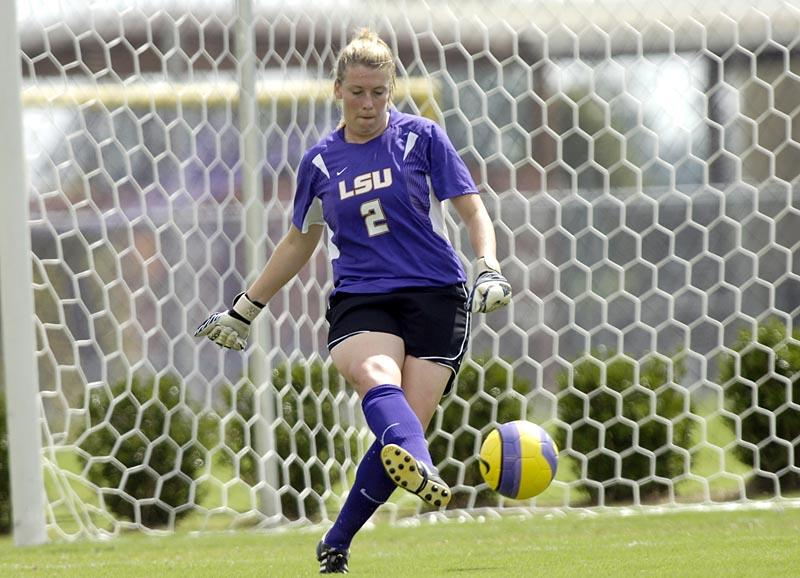 BATON ROUGE — Seniors Caroline Vanderpool and Valerie Vogler and junior Roslyn Jones have each been named to the ESPN The Magazine Academic All-District Team as announced by the College Sports Information Directors of American on Thursday.

Vanderpool and Vogler received second-team selections while Jones was named a third-team member in District VI for their performance both in the classroom and on the soccer pitch during their outstanding careers with the LSU soccer program.

A native of Dollard-des-Ormeaux, Quebec, Canada, Vanderpool carries an impressive 3.81 cumulative grade-point average as she is on pace to graduate with a degree in political science.

Vanderpool has been named to the SEC Academic Honor Roll in each of the last two seasons, while she was also named a member of the NSCAA College Women Scholar All-South Second-Team a year ago. She has developed into one of the premier defensive standouts in the SEC after playing every minute along Canada’s back line at the 2006 FIFA U-20 Women’s World Cup.

Vogler has been equally impressive in the classroom as she boasts a 3.43 cumulative GPA in mechanical engineering while also being a two-time member of the SEC Academic Honor Roll during her collegiate career.

The native of St. Louis, Mo., has established herself as one of the top goalkeepers to ever wear the purple and gold as she currently tops LSU’s career list with a 1.12 goals against average and ranks third in school history with 13 shutouts and 181 saves over the last four seasons.

Jones has earned third-team honors after compiling a 3.53 GPA over the last three seasons as she is pursuing as degree in kinesiology with a concentration in human movement.

The native of Mandeville, La., has proven to be one of the top goal scorers in the SEC over the last two seasons as she was named a Second-Team All-SEC selection as a forward in 2006. Jones is currently the team’s third-leading scorer with six goals, seven assists and 19 points this fall.

The trio has led the Tigers to the brink of their first ever SEC Western Division title and trip to the NCAA Tournament this season as the squad wraps up the regular season in Fayetteville, Ark., on Friday night against the Arkansas Lady Razorbacks with a match scheduled for 7 p.m. LSU will clinch its first division championship with a win over the Lady Razorbacks.