It's GameDay: Just Like Old Times, LSU-Alabama Meet in Spotlight 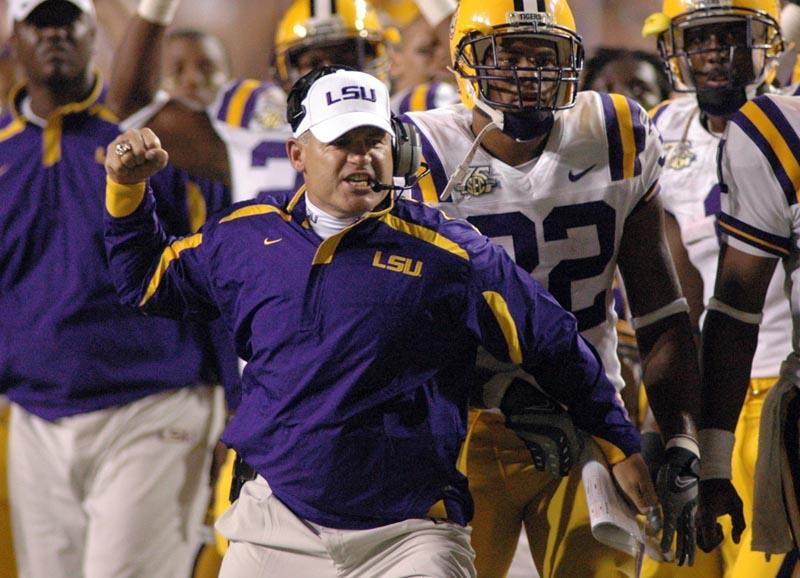 BATON ROUGE — It’s finally here. The most anticipated regular season football game for LSU in years will take place at 4 p.m. on Saturday when the third-ranked Tigers travel to Tuscaloosa to face 17th-ranked Alabama.

It’s been billed as everything from the “Saban Bowl” to Miles vs. Saban. But in reality, Saturday’s game between the Tigers and Crimson Tide has set up as nothing more than a classic LSU-Alabama battle with the winner taking a giant leap towards clinching a spot in the SEC Championship Game.

Members of the Geaux Zone on LSUsports.net can listen to the broadcast live starting at 2 p.m. CDT on Saturday. After the two-hour “LSU GameDay presented by CST” pregame show, the Voice of the Tigers Jim Hawthorn along with color analyst Doug Moreau will call the action from Bryant-Denny Stadium.

Not a Geaux Zone member? Join now to listen worldwide.

LSU, winners of four straight over the Crimson Tide, brings a 7-1 overall mark into the contest, which includes a 4-1 league record. Alabama, which hasn’t beat LSU in Tuscaloosa since the 1999 season, is 6-2 overall and 4-1 in conference play.

It’s hard to ignore the fact that LSU will be going up against Saban on Saturday, the coach that guided the Tigers to a pair of SEC titles and the 2003 BCS National Championship. Although reading the comments out of the LSU camp this week, one would believe that this game is just another old-fashioned SEC battle, despite the fact that over 25 players are still on the Tiger roster who played for Saban.

“Whoever wins this game is in the driver’s seat in the SEC West,” LSU senior quarterback Matt Flynn said earlier this week. “This is going to be a big game. This is about two great programs going at it.”

Senior running back Jacob Hester agreed saying, “I tell the fans, we have to beat Alabama, not Nick Saban. We’ve heard it the whole year, but the last two weeks have been heavy. We just try to avoid it.”

The two head coaches have done so as well, tossing compliments to each other and the opposing programs with regularity this week.

“We look forward to traveling to Alabama and playing in one of college football’s great venues,” Miles said. “This game is about two quality football teams and the players on those teams. It’s about two wonderful venues, two great states, communities and schools. This will be a great game. It is not about the head coaches. I appreciate coach Saban’s past and his passing through Louisiana. Certainly I respect what he was able to accomplish here.”

Saban echoed those remarks regarding LSU and Miles.

“We’re excited about playing a great football team in LSU, arguably one of the best teams in the country,” Saban said. “LSU is well-coached. Coach Miles has done a great job their developing the players that they have. They have great speed and skill on offense and their speed on defense is difficult to manage.”

One of the keys for Saturday’s game will be if LSU’s defense can slow down Alabama quarterback John Parker Wilson and the Crimson Tide offense. The Tigers bring a defensive unit into the game that is ranked among the top five in the nation in five categories, including a No. 2 rating in total defense, allowing 232.25 yards per game.

In its last outing against Auburn two weeks ago, LSU stymied Auburn in the second half, allowing just seven points and just 127 yards of offense in the final 30 minutes of action in the 30-24 victory. That performance, along with an open date week, looks to have given the Tiger defense their swagger back heading into the Alabama game.

By contrast, Alabama’s offense has been clicking in recent weeks, scoring 41 points and racking up 510 yards, including 363 through the air, in its win over Tennessee two weeks ago.

One of the major concerns for LSU’s defense going into Saturday is the availability of senior All-America Glenn Dorsey. Dorsey has been limited since the third quarter of the Auburn game after being victimized by an illegal chop block. Dorsey didn’t practice last week, but has since returned to the practice field this week. His status for Saturday will be a game time decision.

“First and foremost, Glenn Dorsey is much healthier than we he left the game against Auburn,” Miles said. “There was no chance he could have played last week. He has taken practice snaps this week, but we are not going to play him unless he’s 100 percent. If he’s limited we’re not going to put him on the field.”

Offensively, the Tigers will continue to rely on the play of Flynn, along with its running back-by-committee approach. The Tigers got a much-needed boost two weeks ago with the return of Early Doucet, who had missed four games with an injury.

In seven games, Flynn has thrown for 1,266 yards and eight touchdowns, while adding another 138 yards and one score on the ground. He’s coming off his best effort as a Tigers in LSU’s win over Auburn, throwing for a career-best 319 yards and three scores.

Hester leads all Tiger running backs with 544 yards rushing and five touchdowns, while Doucet is second on the team with 22 catches for 246 yards and a pair of scores.

“We’ve enjoyed the benefits of an off week,” Miles said. “We have gotten some players back to health. We had a good week of preparation and we are looking forward to going out and competing on Saturday. This is another one of those games that you come to LSU to play in. We’re excited about the opportunity and look forward to Saturday.”