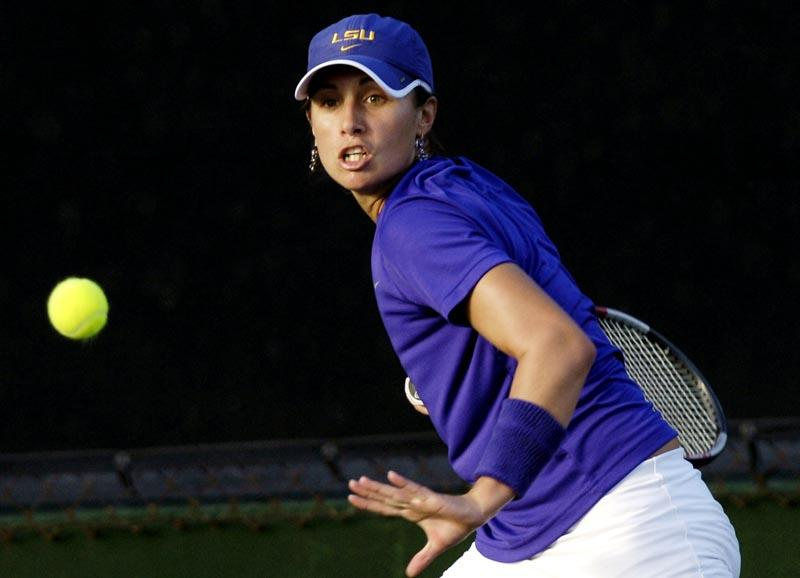 AUBURN, Ala. — LSU’s Mykala Hedberg and Staten Spencer pulled out a tough 8-6 victory in doubles while Anastasiya Dubova and Nicole Kantor lost twice 8-6 on the opening day of the SEC Fall Coaches Classic Thursday.

Hedberg and Spencer, who were originally scheduled to play a team from Mississippi State, faced Megan Broderick and Lauren Meier of Kentucky in the round of 16 after the doubles draw was reorganized. Despite the change in opposition, the Lady Tiger duo pulled out a close win.

“It was a pretty even day overall,” head coach Tony Minnis said. “Staten and Mykala capitalized on some opportunities and squeaked out a close match. Nas and Nicole came close a couple times today, but unfortunately they couldn’t pull it out. We just have to look forward to tomorrow especially with singles starting up.”

In Doubles Flight B, Dubova and Kantor fell in their first round match to Tennessee’s Jennifer Meredith and Samantha Orlin 8-6, and in the first round of the consolation draw the LSU pair lost to Miki Jocic and Natasa Vuckovic of South Carolina 8-6.