Falcon Advances to Round of 16 at National Indoors 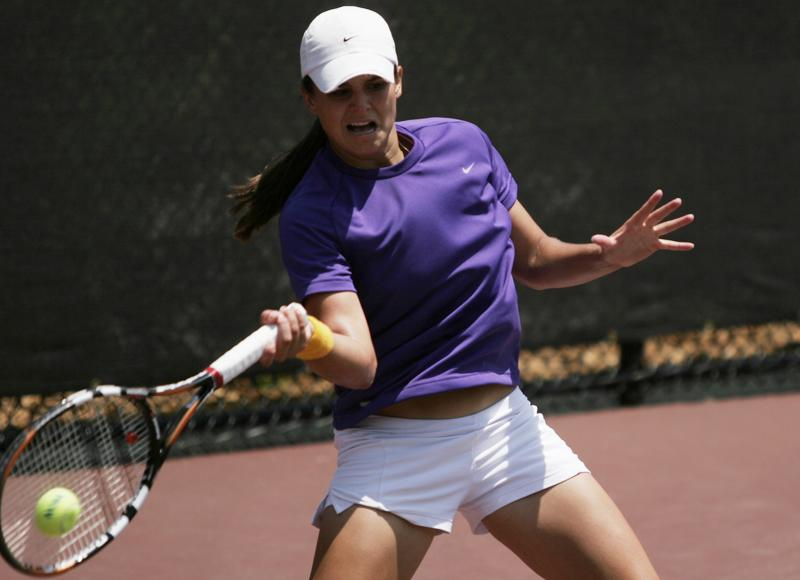 In doubles, the 13th-ranked duo of Falcon and Hannah Robinson fell in a tight match to 11th-ranked Tinesta Rowe and Melanie Gloria of Fresno State 8-6 after leading 4-2 after six games. Despite the loss, Falcon and Robinson will compete in the consolation draw that begins tomorrow. The pair will play North Carolina’s Sophie Grabinski and Sanaz Marand.

“We competed really hard in doubles,” assistant coach Lisa Jackson said. “We had opportunities in the match but couldn’t convert. In singles, the score doesn’t show it but Megan had a tough first set. She competed hard and earned an opportunity to play in the next round.”

Ranked No. 1 in singles, Falcon has only played five singles matches this fall, and after losing her first match of the season to Amanda Taylor of Vanderbilt in early October, the junior sensation has won four straight matches. All four of those matches have come against players ranked in the top 60.

In the second round Falcon will face Oklahoma’s Anna Maria Constantinescu after she knocked off No. 23 Kirsten Flower of Georgia Tech 7-5, 5-7, 6-3.

Falcon and Robinson’s doubles match will begin day two tomorrow at 8 a.m. CDT, and Falcon will play her second round match at approximately 10 a.m.