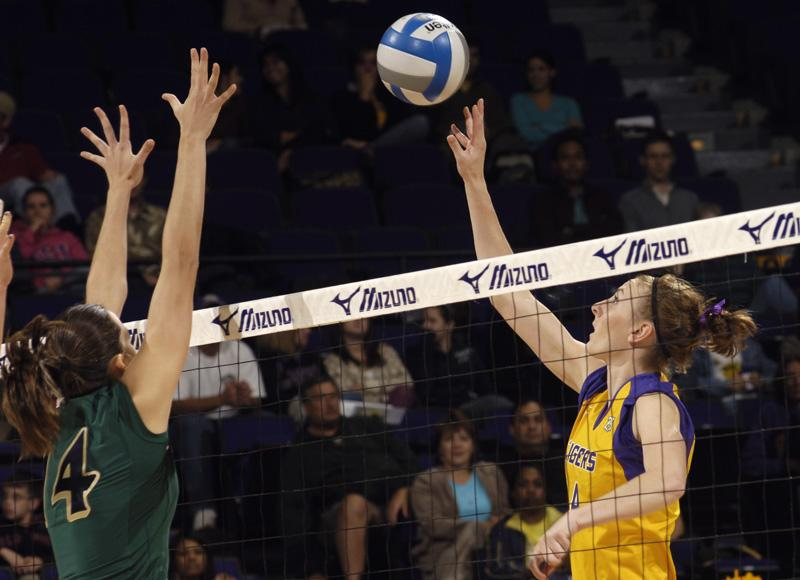 BATON ROUGE — After tough back-to-back losses on the road last weekend, the LSU volleyball team looks to return to its winning ways as the Tigers throw a giant pajama party against Kentucky on Friday at 7 p.m. in a Southeastern Conference match at the Maravich Center.

Fans wearing their family friendly LSU pajamas will receive free admission to the match. In addition, it is the second of two student-point games this season where LSU students will earn points that can be utilized in the event of high demand ticket situations for athletics events including football away and postseason games. The first 100 fans to arrive against the Wildcats will receive free LSU alarm clocks.

The Tigers (18-6, 9-5 SEC) defeated Notre Dame in five games at home last Tuesday before falling to No. 10 Florida in three and South Carolina in five on the road. The Tigers split a pair of five-game matches last week to move to 5-3 in five-game matches, the most five-game matches LSU has participated in since also playing eight in 1996. The Tigers are now two games behind Alabama in the SEC Western Division standings, tied with Ole Miss, which LSU swept this season.

The stats in the first meeting this year were deceiving as the Tigers posted much better numbers than the Wildcats, but could just not come up with the timely points when it needed them. LSU out killed Kentucky, 74-66, with a .211 hitting percentage, while the Wildcats hit only .179. The Tigers also out blocked and out dug Kentucky, with LSU recording 13.0 blocks and 70 digs to 11.0 blocks and 64 digs for the Wildcats.

Lauren DeGirolamo led the match with 19 kills and a .349 hitting percentage, followed by 18 kills from both Kyna Washington and Brittnee Cooper, who led the Tigers with a .387 clip. Marina Skender added 12 kills for LSU along with six blocks. Cooper and DeGirolamo also posted six blocks in the match. Elena Martinez led the team with 21 digs for the match. Skender also added 13 digs, followed by Washington with 12 and Michelle Hensgens with 11.

“Kentucky is a very physical team,” said Flory. “They are very similar to us that when their middles are efficient, they are very successful. They have outstanding athleticism and speed and as the year has progressed, they have become much more efficient. Kentucky is also traditionally a very defensive team.”

Skender is only 34 kills away from joining Washington in the 1,000-kill club and ranks fifth in the SEC with 0.45 service aces per game. If Skender reaches the kill milestone, the pair would be the first to accomplish the feat in the same season since 2005 when Ivana Kuzmic and Jelena Mijatovic each posted their 1,000th career kills, although both were transfers and only played their final two seasons at LSU. Washington and Skender would also become the first juniors to reach the milestone in the same season since Nyla Shepherd and Julie Stempel reached the 1,000-kill mark during the 1990 season.

The Tigers boast a pair of dominate players up the middle as LSU has one of the most impressive duos in the league. Cooper currently ranks third in the SEC and 25th in the NCAA with 1.47 blocks per game, while followed closely by DeGirolamo in sixth in the league and 60th nationally with 1.32 blocks per game, the only two players from the same team ranked in the top sixth.

Offensively, DeGirolamo leads the team, ranks 10th in the league and 109th in the country with a .323 hitting percentage, while Cooper ranks second on the team and 317th in the nation at .278. DeGirolamo also ranks second on the team with 3.32 kills per game, followed by Cooper with the third best average on the team at 2.75 kills per game. The duo also became the first LSU players to record double-figure blocking matches in the same season since Regan Hood and Megan Heinz accomplished the feat in 2003.

In her first year as the starting libero, Martinez has recorded double-digit digs in every match this year, leads the SEC and ranks 40th in the nation with 5.47 digs per game. Martinez’s current mark would shatter the school record of 4.69 digs per game recorded by Kassi Mikulik last season. In addition, she is on pace to also break the single-season digs mark of 535 set by Mikulik last season. With 520 digs, she could break the record on Friday against Kentucky.

The Wildcats are very similar to the Tigers in that Kentucky is led by a pair of middle blockers, who provide big numbers both offensively and defensively. Middles Nicole Britenriker and Queen Nzenwa lead Kentucky with 3.88 and 3.15 kills per game respectively.

Kentucky leads the overall series with LSU, 24-20, but the Tigers have closed the gap in recent years. LSU has won four of the last six meetings, including a three-game sweep in the Maravich Center last year, but the Tigers three-match winning streak was snapped in Lexington earlier this year.

LSU remains at home to host Tennessee on Sunday at 1:30 p.m. The match will be broadcast on a tape delayed basis locally on the Pelican Sports Television in Baton Rouge on digital cable 113. The broadcast will be aired on Sunday at 5:30 p.m. and replayed again on Monday at 11 p.m.