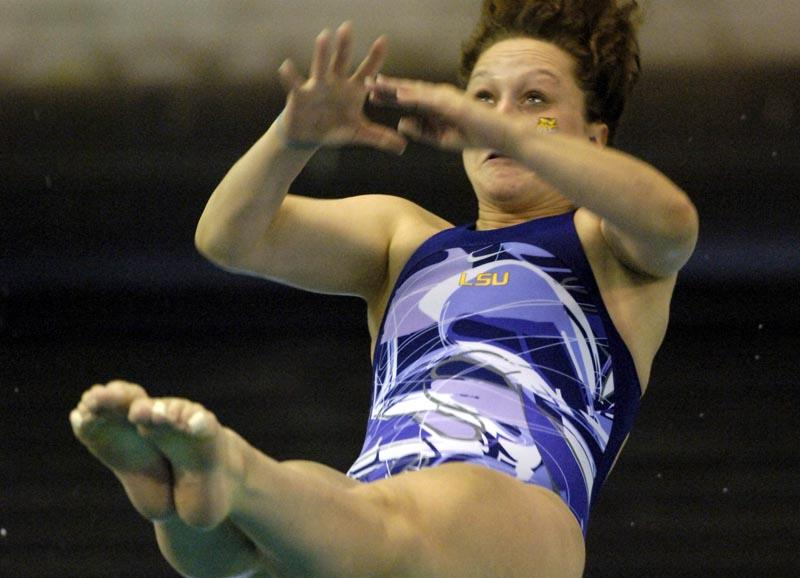 TUSCALOOSA, Ala. — The LSU swimming and diving team renews its Southeastern Conference rivalry with Alabama as the Tigers take on the Crimson Tide at 3 p.m. Friday in the Alabama Aquatic Center. The LSU women will also face Vanderbilt on Friday.

The 19th-ranked LSU men (2-2) are coming off a 195-89 win over Delta State last Friday in the LSU Natatorium. The Tigers, who boast arguably the nation’s toughest dual-meet schedule, seek to avenge last year’s tough loss to the Tide in Baton Rouge.

Alabama used a 1-3 finish in the final race of the meet — the 400 freestyle relay — to hold on to a 151-149 victory. However, LSU went on to win the Art Adamson Invitational the very next week and has been ranked in the College Swimming Coaches Association of America poll ever since. The Tigers are seeking their first win over Alabama since 2000 and their first victory in Tuscaloosa since 1999.

“On the men’s side, we don’t look at the past and the year before,” said LSU head coach Adam Schmitt. “Of course, the athletes have in mind that they want to have a different outcome than what happened last year. This team has matured to the point that we can walk in there and really compete well to try to get a victory in Tuscaloosa.”

The LSU women’s team enters the weekend with a 2-1 record and has defeated five of its last six opponents dating back to last season. The Lady Tigers cruised past Delta State, 188-103, last Friday in Baton Rouge. The LSU women’s team is seeking its third straight victory over the Crimson Tide after posting wins in each of the past two seasons.

“On the women’s side, we are just looking to continue winning SEC meets,” said Schmitt. “We will try to come away with a win. They have been very successful so far this year.”

Junior Katherine Noland and sophomore Signe Larson each tallied two first-place finishes last weekend. All LSU divers recorded season-best scores that rank among the top marks in the league. Sophomore Rachel Ware holds the third-best 1-meter score in the league (291.30), and senior Paige Brown is third in the SEC in the 3-meter (306.67).

Hannes Heyl was named the SEC Male Freshman Athlete of the Week after recording wins in the 50 freestyle and 200 backstroke against Delta State. The award marked the third straight week an LSU swimmer earned recognition from the league office.

In men’s diving, freshman Michael Neubacher posted his first collegiate win with a first-place score of 348.75 in the 1-meter. That mark ranks fifth in the league. Junior Niko Dalman holds the fifth-best 3-meter score in the SEC with a mark of 338.32. Senior Miko Malberg still holds the fastest 50 free clocking in the league (20.39).

Friday’s meet marks the first of three occasions that LSU visits the Alabama Aquatic Center. The Tigers return for the Alabama Invitational at the end of the month. The competitions ultimately lead up to the SEC Championships, which take place in Tuscaloosa, Feb. 20-23.

“It’s very important to get a feel for the pool and the environment where you will be competing at one of your highest level meets,” said Schmitt. “Going in there to have the swimmers and divers get a feel for the facility itself all plays into it when we get there in February.”

Friday’s meet precedes the LSU-Alabama football game in Bryant-Denny Stadium. It marks the second straight season the two teams have met prior to the schools meeting on the football field.

“(Alabama head coach) Eric (McIlquham) and I came in agreement that we always wanted this with the home football game,” said Schmitt. “It is really great to have the meet on Friday with LSU and Alabama fans in town, so that they can come see another LSU-Alabama competition.”

Alabama is competing in its first home meet of the season. The LSU women hold a 6-1 record all-time against Vanderbilt. The Lady Tigers are competing against the Commodores for the first time since 1990.