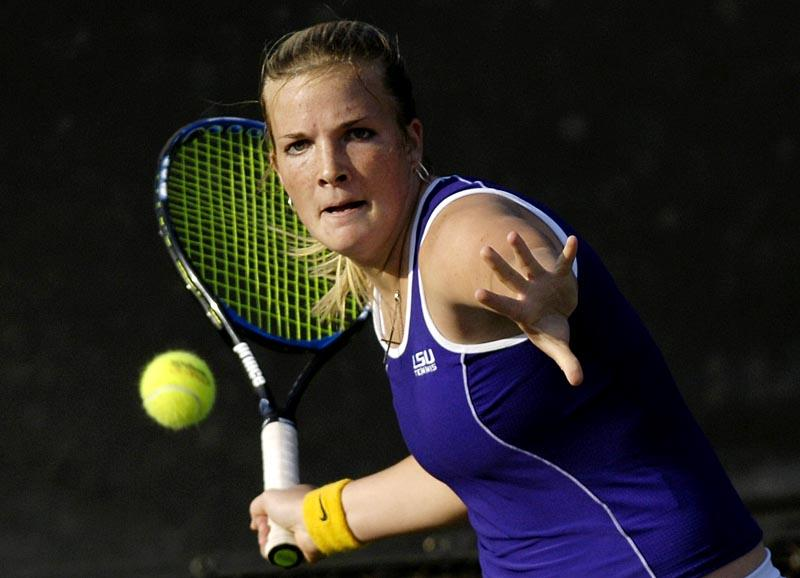 LAS VEGAS — Highlighted by a dominating performance by Ashley Murdock, the LSU women’s tennis team finished with a 3-3 record on the final day of the UNLV Invitational at the Fertitta Tennis Complex on Sunday.

Playing in the consolation bracket of Flight Two, Murdock, a sophomore from Memphis, Tenn., crushed Paij Porter of Northern Arizona 6-0, 6-0 to pick up her first singles win of the fall season.

“I was pleased with the way we bounced back,” head coach Tony Minnis said. “We played solidly. Mykala, Ashley and Kylie really stepped it up and played good ball today.”

The Lady Tigers will be back in action Thursday as the nation’s top player, Megan Falcon, and Hannah Robinson will travel to Pacific Palisades, Calif. for the Riviera/ITA All-American Championships Oct. 4-7.