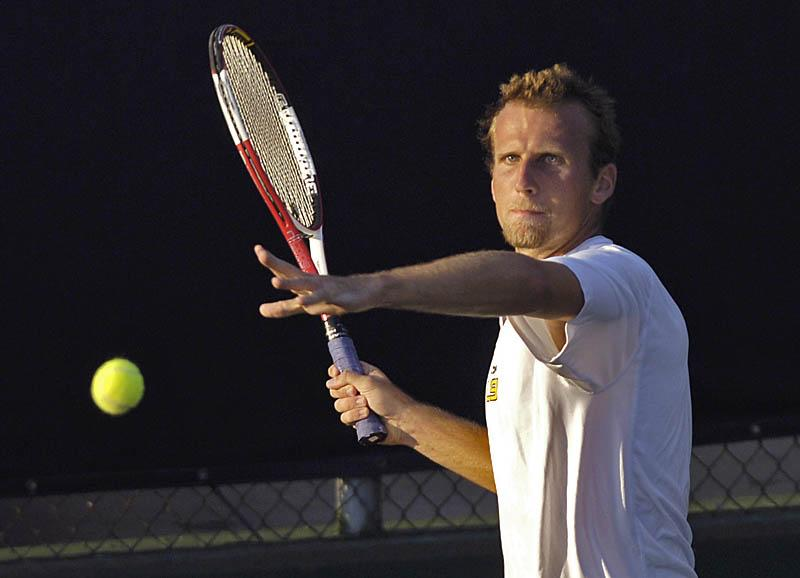 TULSA, Okla. — Senior Jan Zelezny of the LSU men’s tennis team cruised in his first two matches of the Polo Ralph Lauren All-American Tennis Championships held at the University of Tulsa as he advanced to the Qualifying draw.

Zelezny showed little rust after receiving a bye in the first and second round of the prequalifying draw. The Czech Republic native claimed two straight-set victories to advance to the qualifying draw. He will now face Christoph Muller on Monday at 9 a.m.

“Jan played with a lot of intensity today,” LSU head coach Jeff Brown said. “He was very sharp and focused, even though waited a while to play. He served as well as I have seen during his time here. He has a tough match tomorrow. We look forward to the challenge to see how he has improved.”

Joining Zelezny in the qualifying draw are teammates Kevin Dessauer and Colt Gaston. Dessauer will face Damon Gooch of Elon at 10 a.m. Gaston will battle Arizona’s Matthew Brooklyn at 1:30 p.m.

Dessauer and Zelezny will team up in the doubles portion of the tournament, which begins Tuesday, against Enrique Olivares and Sebastian Serrano of East Tennessee.

The tournament resumes Monday at 9 a.m.

Second Round Singles, and First and Second Round Doubles
Kevin Dessauer/Jan Zelezny (LSU) vs. Enrique Olivares/Sebastian Serrano (East Tenn.), not before 1 p.m.

Oct. 3 – Third/Qualifying Round Singles and Doubles