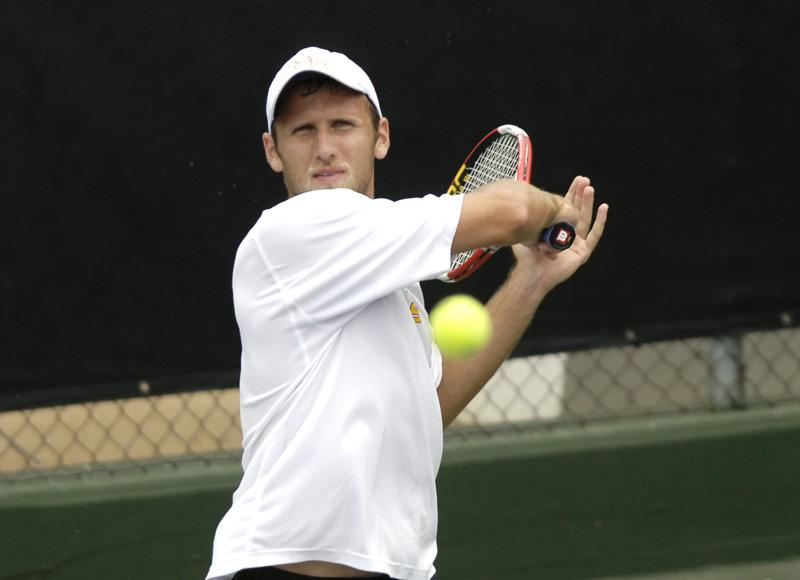 TULSA, Okla. — The LSU men’s tennis team struggled on the opening day of the Polo Ralph Lauren All-American Tennis Championships held at the University of Tulsa as the four Tigers who competed fell in the Pre-Qualifying second round.

Jan Zelezny‘s second-round opponent was pushed into the qualifying bracket giving Zelezny a bye. Zelezny will now face Darren Walsh of SMU on Sunday at 9 a.m.

“We had a tough day today, but it was a good learning experience for the freshmen,” LSU head coach Jeff Brown said. “It was good to see Martel win his first match after coming off knee surgery. Hopefully Jan can get off to a good start tomorrow in the third round.”

Junior Martel Campbell won his first match of the season by taking out Andy Gerst of Cal Poly in straight sets, 7-5, 6-3, in the first round.

Campbell could not keep the momentum going as he fell in the second round to fellow SEC competitor Brad Cox of Kentucky, 6-4, 6-2.

Junior Jon Tragardh fell in his first match of the season against Nevada’s Laurent Garcin, 7-5, 6-2.

Pre-qualifying third and fourth round matches will take place on Sunday, while Qualifying will begin on Monday, Oct 1.