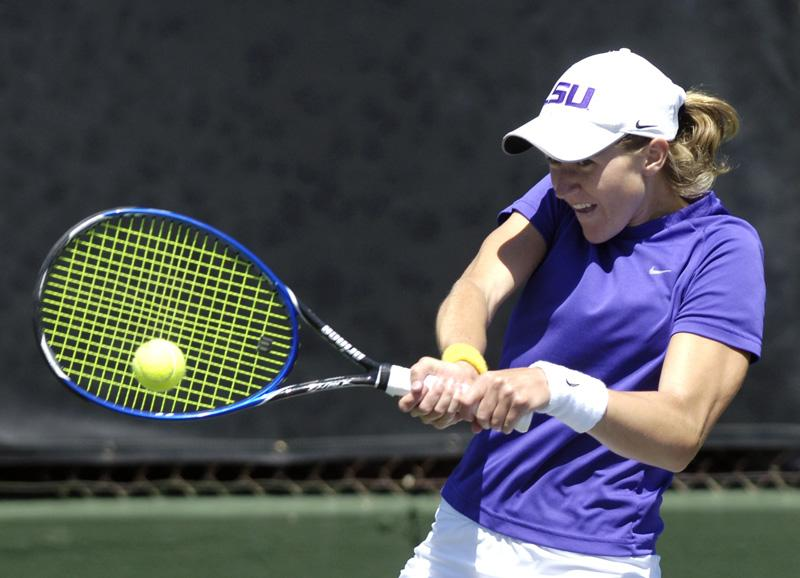 LAS VEGAS — The LSU women’s tennis team got off to a rough start by losing all three doubles matches, and the struggles continued as the Lady Tigers finished with only one win out of nine chances on day two at the Fertitta Tennis Complex on Saturday.

Playing singles in place of Nicole Kantor who injured her foot yesterday, Staten Spencer was the only victorious Lady Tiger, winning in dominating fashion 6-3, 6-2 over Leslie Vial of Northern Arizona in a consolation match in Flight One.

Earlier in the day Spencer and partner Kylie Adamek fell short of the doubles championship in flight three, as they lost to Nikol Dimitrova and Adrienn Hidvegi of UNLV, 8-3.

“I was really happy for Staten,” head coach Tony Minnis said. “She played really well. Mykala and Tiffany Tucker lost a couple close singles matches, so we’ll have to come out and play better tomorrow and just try to compete better than we did today.”

LSU will wrap up the UNLV Invitational with singles play tomorrow beginning at 11 a.m. CDT.