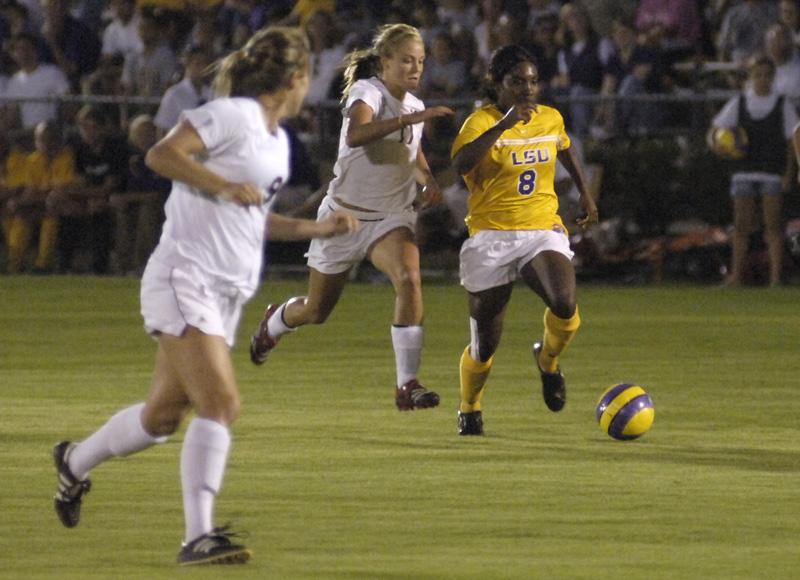 BATON ROUGE — After kicking off the SEC season with a 1-0 shutout of Mississippi State on Friday night, the LSU soccer team renews its rivalry with Ole Miss at home Sunday as the sides square off at 1 p.m. in the SEC Soccer Match of the Week.

This marks the second time this season that the Tigers will be on live television as Sunday’s game is scheduled for a live broadcast as part of SEC-TV on Fox Sports Net.

“It’s great to have the chance to advertise the program throughout the South, and I’m sure the fans tuning in can expect another great match between these two clubs tomorrow afternoon,” said LSU head coach Brian Lee. “We have a lot of respect for the job that Steve Holeman has done in building the Ole Miss program into what it is today. It’s going to be a battle.”

Both sides are coming off one-goal victories in their SEC openers on Friday night as the Tigers pitched a 1-0 shutout at home against Mississippi State, while Ole Miss went on the road and defeated the Arkansas Lady Razorbacks in overtime by a narrow 2-1 margin.

Sophomore Michelle Makasini scored the game-winner for LSU in the 28th minute, while Ole Miss junior Jennifer Hance helped the Rebels get off to a fast start with both goals on Friday.

“This is certainly an important match when talking about who may end up winning the SEC West five weeks from now,” Lee said. “Ole Miss is a perennial NCAA Tournament team and contender for the division and overall conference titles. We’re going to have to play with great intensity and bring our best effort to the pitch when we kick it off tomorrow.”

All fans who attend Sunday’s match are encouraged to dress their dogs in LSU attire and bring them to the game with a leash. The first 100 fans bringing a dog to the game will get a free LSU doggie dish, and all dogs and their owners will be escorted to a special reserved seating area.

Sunday will also feature a “Pooch Parade” at halftime for all dogs and their owners in attendance with a prize being awarded to the owner with the dog in the best LSU costume.

The Tigers follow their match against the Ole Miss Rebels on Sunday with a home match against the 15th-ranked Tennessee Lady Volunteers on Friday at 7 p.m. They will then wrap up their four-game SEC home stand against the Georgia Bulldogs on Oct. 7 in a match that is will be aired live on The Pelican Broadcasting Network beginning at 1 p.m.