Volleyball Returns to the Road to Face Auburn 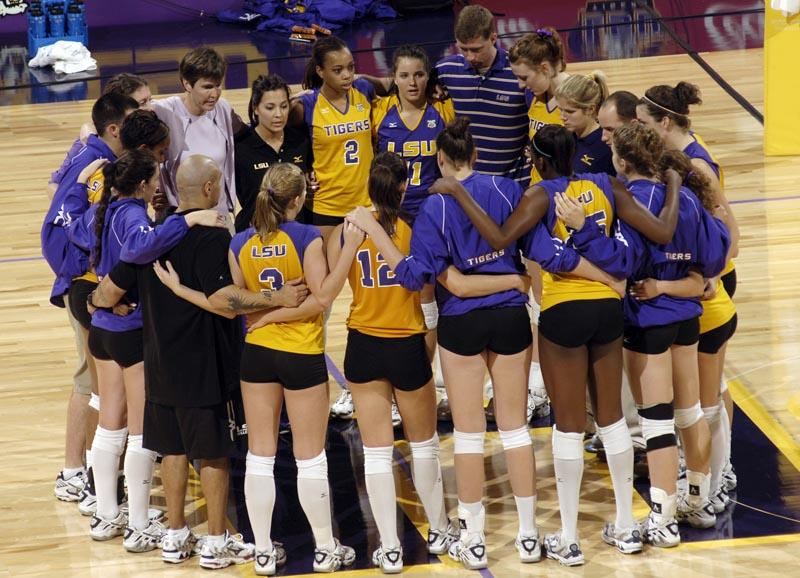 BATON ROUGE — After its one weekend at home in September, the 22nd-ranked LSU volleyball team takes to the road again as the Tigers face off with Auburn on Friday at 7 p.m. in Beard-Eaves Memorial Coliseum, before taking on Georgia on Sunday at 1 p.m. in the Ramsey Center.

Live statistics for both matches will be available on the official LSU athletics website, LSUsports.net.

The Fighting Tigers are coming off a tough loss to No. 6 Florida in four games last Sunday. LSU is now 11-2 on the year and 3-1 in Southeastern Conference play, one match behind Alabama and Florida in the conference standings.

After going 8-3 to open the season, Auburn (9-6, 1-3 SEC) has struggled in the first few weeks of conference play against tough competition. The Tigers have lost three straight, including matches to the nationally ranked Gators and Tennessee. Auburn’s only conference win was in its first outing against South Carolina, who remains winless in league action.

“Auburn is one of, if not the hardest working and hardest playing teams in the SEC,” said LSU head coach Fran Flory. “They are tremendous at keeping the ball in play. They try to outwork and play with more intensity than their opponents. They will likely have a big crowd cheering for them and we need to be prepared for a tough match.”

As a team, LSU leads Auburn in almost every statistical category. The purple and gold are averaging 15.3 kills per game, compared with 14.2 for AU, while LSU is hitting at a .220 clip, compared with a .202 for Auburn. The Fighting Tigers also lead AU with an SEC-leading 2.3 aces per game, while Auburn is averaging 2.0.

“Auburn was a bubble team for the NCAA Tournament last season, losing six, five-game matches,” said Flory. “They will be coming out with a point to prove. With their nice team leadership, we will have to have solid play against them.”

LSU is the only school in the league with two players in the top five in blocks per game. Sophomore Brittnee Cooper leads the purple and gold and ranks third in the conference with 1.51 blocks per game. She posted a career-high 11 blocks against Florida last weekend and was named the LSU Female Student-Athlete of the Week.

Offensively, LSU is led by Kyna Washington with 4.25 kills per game, third most in the conference. A two-time SEC Player of the Week in 2007, Washington has recorded double-figure kills in 11 of LSU’s 13 matches this season. In addition, Washington is second in the league with 0.61 aces per game.

Junior Elena Martinez leads the SEC with an amazing 5.88 digs per game. In her first season as the starting libero, Martinez broke the school records with 34 digs in a five-game win Iowa and 33 digs in a four-game win over Arkansas. She has posted five of the top 21 dig marks in LSU history in only 13 matches this season.

LSU leads the overall series with Auburn, 28-11, and has won 11 straight over AU and 12 of the last 13. The last time Auburn defeated the purple and gold was in 2000. No current LSU player as ever lost to AU, with senior Michelle Hensgens posting a 6-0 mark against Auburn over her four seasons.