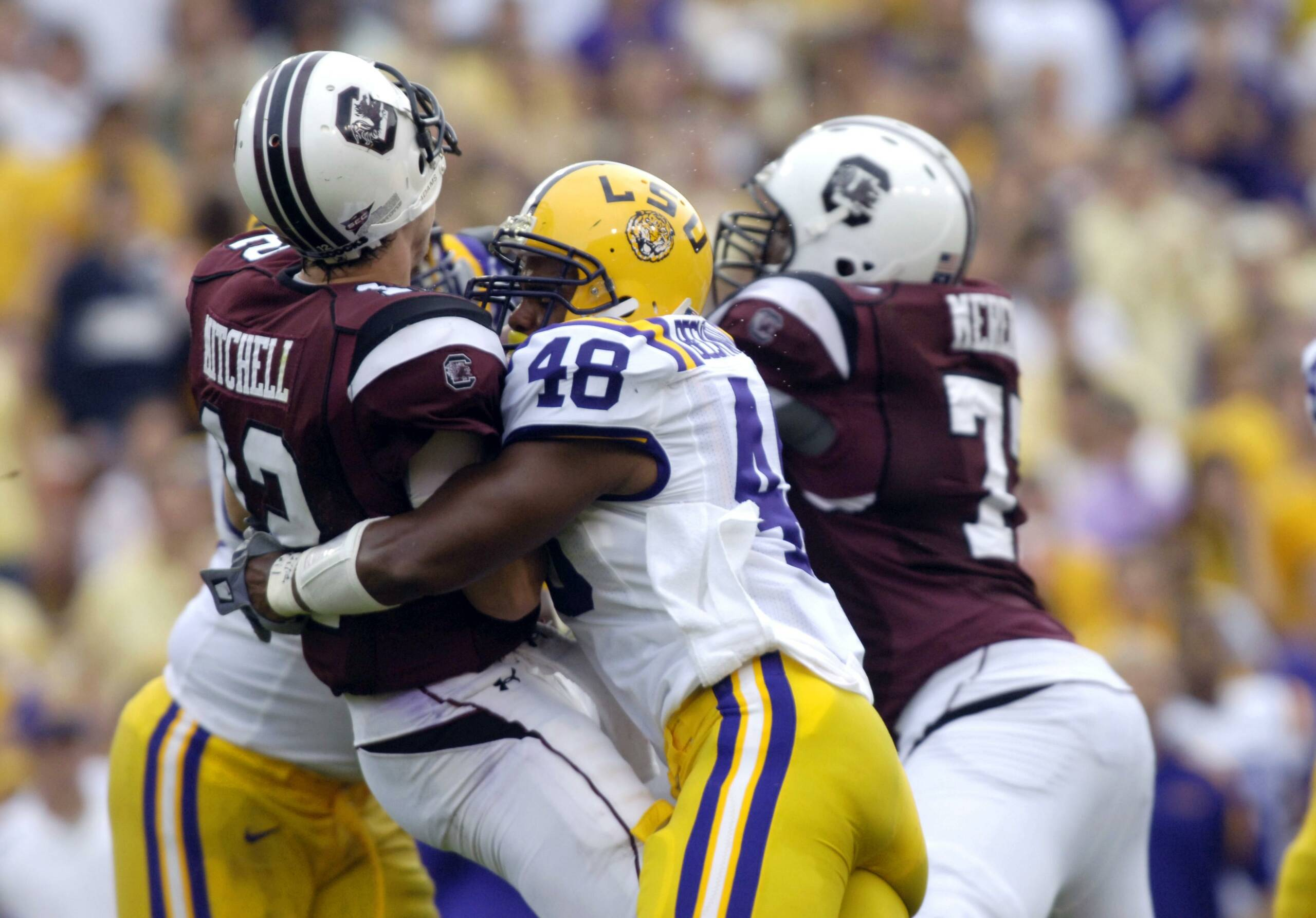 BATON ROUGE — LSU continued its hold as the nation’s top rated defense this week after limiting South Carolina to only 17 rushing yards and 261 total yards in the 28-16 win over the Gamecocks on Saturday in Tiger Stadium.

The win over South Carolina pushed the second-ranked Tigers’ overall mark to 4-0 and they improved to 2-0 in league play. LSU returns to action on Saturday, traveling to New Orleans to face Tulane at 11 a.m. in the Louisiana Superdome. LSU brings an 11-game overall winning streak into the Tulane game.

In four games, the Tigers have pitched two shutouts – Mississippi State and Middle Tennessee –  limited ninth-ranked Virginia Tech to only seven points and held South Carolina to 16 points. LSU has outscored its opposition 165 to 23 overall, including an 85-7 difference in the first half.

Perhaps the most impressive area of the Tiger defense through the first four games has been defending the run as LSU is allowing less than a yard per carry by the opposition. Through four games, the Tigers have allowed a total of 107 rushing yards, which is the fewest by an LSU team over the first four games of a season since the 1969 squad yielded 84 yards over that span.

The most rushing yards allowed this year by the Tigers has been the 71 gained by Virginia Tech during the second week of the season. Since then, LSU limited Middle Tennessee to nine yards and then followed that with 17 against South Carolina.

In 118 rushing attempts by the opposition, the longest run allowed by the Tigers has been a 23-yard scramble by Virginia Tech backup quarterback Tyrod Taylor. Of those 118 rushing attempts, only three have been 10 yards or more in length. Last week, South Carolina’s longest run from scrimmage was a 7-yard scamper by a wide receiver.

One reason for LSU’s dominating play against the run has been the performance of senior defensive tackle Glenn Dorsey, who ranks third on the team with 22 tackles, 4.5 of which have gone for losses. Dorsey was named SEC Defensive Lineman of the Week on Monday after an eight-tackle, one-sack effort against South Carolina.

Other standouts on the defensive side of the football for the Tigers through four games include linebacker Ali Highsmith with a team-best 31 tackles, defensive back Danny McCray with 25 tackles and three sacks and defensive end Kirston Pittman with 19 tackles, 3.5 tackles for losses and a pair of sacks.