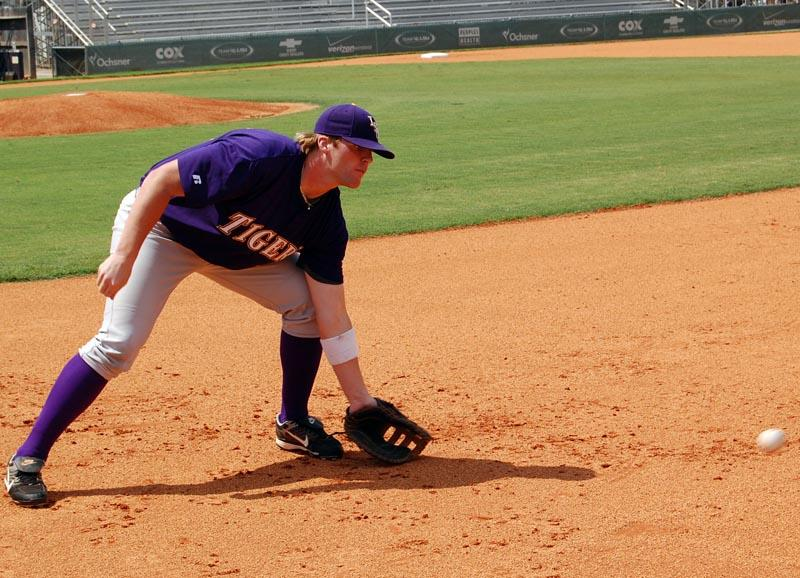 BATON ROUGE — LSU is No. 1 in the Collegiate Baseball newspaper 2007 ranking of recruiting classes released Tuesday.

The editors of Collegiate Baseball write: “LSU’s recruiting haul is simply amazing when you consider that nine players were drafted, and it includes eight High School All-Americans and three first-team Junior College All-Americans among the 19 players the Tigers brought in.”

“I’m very proud that our first recruiting class as a staff at LSU is the top-ranked class in the country,” said coach Paul Mainieri. “This recognition makes a statement that we are committed to finding players that want to be here and restore the glory of LSU baseball.

“With any class, regardless of ranking,” Mainieri continued, “the key is to get the players to perform well once they join our program. We still have a lot of work to do as we mold these players and help them reach the necessary level of consistency. It sure is exciting, though, to have players of this caliber on the field.”

The newcomers have joined LSU’s veteran players for a five-week fall practice period that began on Sept. 15 and continues through Oct. 23. The 2008 regular season begins Feb. 22 when the Tigers play host to Indiana in Alex Box Stadium.

“I hope this ranking further energizes our fan base and demonstrates that LSU’s return as one of the elite in college baseball is imminent,” Mainieri said.