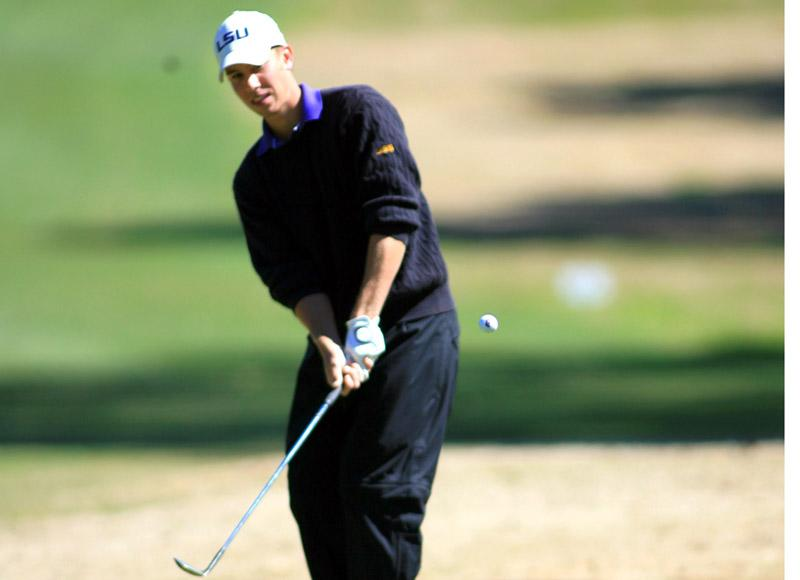 The squad looks to build momentum as it kicked off the season with a fourth-place finish in the 17-team field at the 2007 Scenic City Invitational in Chattanooga, Tenn., on Sept. 11.

The Tigers were champions of the Shoal Creek Intercollegiate in 2005 and will tee off in this year’s event alongside Central Florida and Michigan State beginning at 8:15 a.m. The 54-hole tournament will feature two rounds Monday followed by a final round on Tuesday as the course will play to a par 72 and 7,114 yards for the championship.

Shoal Creek Country Club had not hosted a major collegiate tournament in nine years prior to LSU’s victory in the inaugural Shoal Creek Intercollegiate in 2005. The course has played host to the 1984 and 1990 PGA Championships as well as the 1986 U.S. Amateur Championship. It is also scheduled to host the 2008 U.S. Junior Amateur next summer.

Four Tigers return to the lineup after making their first tournament appearance of the season in the opener, including senior standout Brian Noonan and freshmen Andrew Loupe, John Peterson and Clayton Rotz. Sophomore Bryant Lach will be making his first start of the young season.

Noonan is the only Tiger who returns from the lineup that made the trip to the Shoal Creek Intercollegiate a year ago as he finished runner-up at 2-under par 214 for the best finish of his LSU career. The native of Austin, Texas, was LSU’s top finisher at the Scenic City Invitational two weeks ago as he placed 16th at even-par 213.

Rotz earned a 17th-place finish in his collegiate debut two weeks ago, while Peterson tied for 23rd and Loupe tied for 34th in their first career start. Lach cracked the lineup in six tournaments as a freshman a year ago, finishing the season with a 77.3 stroke average in 18 competitive rounds.

Live scoring of the event will be provided by Golfstat and can be found at the organization’s official website at www.golfstat.com. Following their trip to Birmingham, the Tigers will break for three weeks before returning to action in the Squire Creek Invitational at Squire Creek Country Club in Ruston, La., from Oct. 15-16.