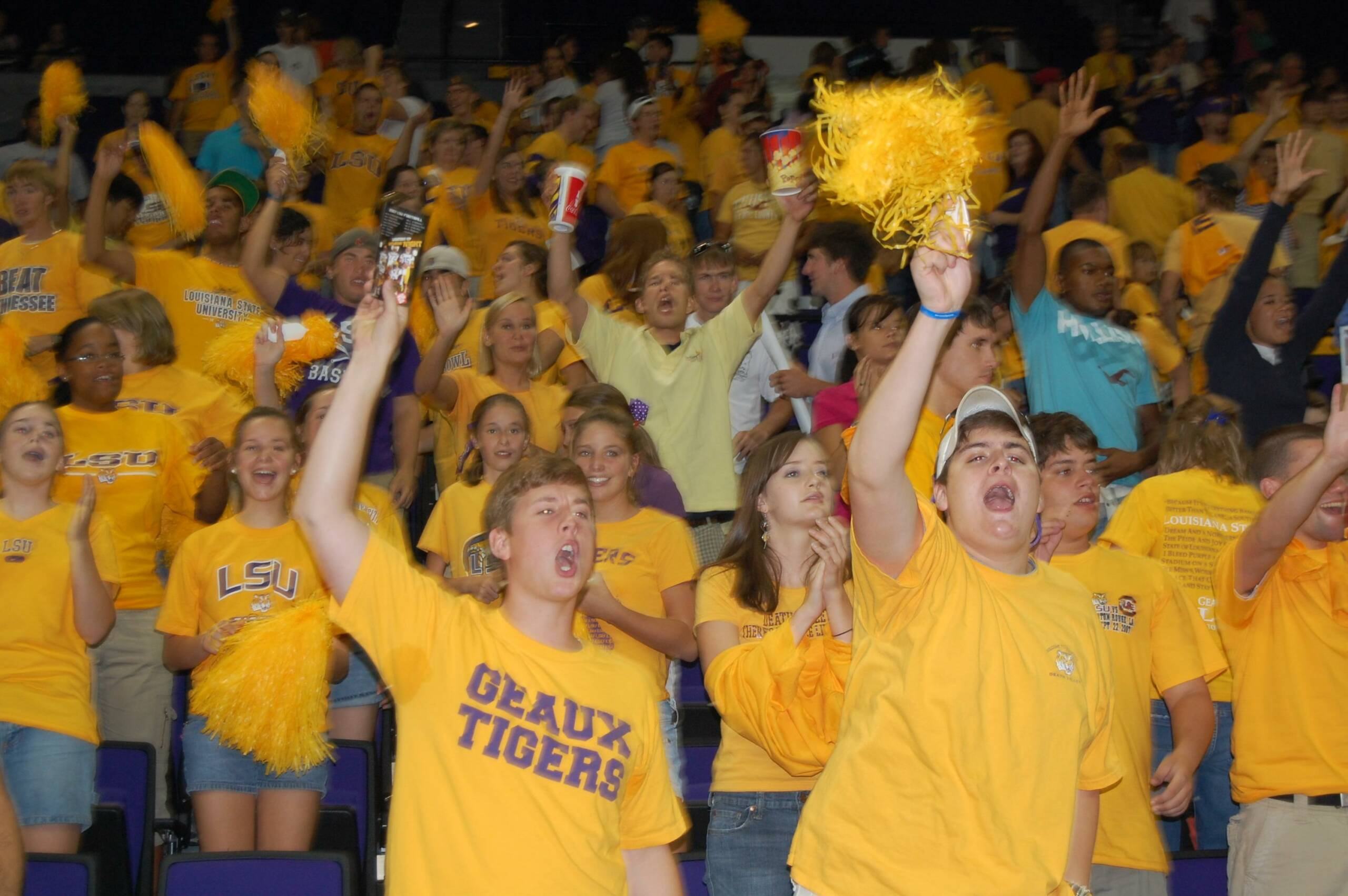 The crowd of 2,308 watched LSU improve to 11-1 on the year and remain perfect at 3-0in Southeastern Conference play. The previous record was an estimated attendance of 2,250 against Kentucky in 1991 and it marked just the third crowd of over 2,000 in school history. The Tigers return to action on Sunday as LSU faces No. 6 Florida at 1 p.m. in a battle of the top teams in the league over the past three years. The match will be televised live by Cox Sports Television in Baton Rouge on cable channel 37 as part of the Gators’ Cox Sports package.

The Gamecocks dropped to 7-5 overall and remain winless in league play at 0-3. The Tigers have now won six straight over South Carolina, the longest winning streak for LSU against the Gamecocks in school history.

“This was a nice win for us,” said LSU head coach Fran Flory. “We weren’t exactly at our best, but we did what we needed to do to win. It was nice to see some other people step up when we couldn’t really get Kyna (Washington) the ball in the right situation. Our middles, Brittnee Cooper did a really nice job and so did Lauren DeGirolamo. When we get everyone on the same page I really think we are going to be able to step it up to the next level.”

Sophomore Lauren DeGirolamo led the match with 15 kills for the Tigers, while posting a .542 hitting percentage. Brittnee Cooper posted 11 while hitting at a .421 clip and Marina Skender had 10. Cooper also tied for the match lead with four blocks, while Angela Bensend had three.

As a team, the Tigers dominated the Gamecocks statistically. LSU posted 53 kills to only 36 for South Carolina, with no Gamecock reaching double figures in kills. The Tigers also hit at a .301 clip, while holding South Carolina to a .103 percentage, including three Gamecocks in negative figures. LSU held a slight advantage in blocks with 6.5 to 6.0, and topped South Carolina with 57 digs to 50.

The Tigers came out and dominated in the first game. Pulling out to a 4-1 lead, LSU stretched it to 15-7 as the Gamecocks had only recorded two kills mid-way through the frame. Holding a 20-10 advantage, South Carolina got as close as eight, 20-12, but could get no closer as the Tigers went on to easily defeat the Gamecocks, 30-19.

South Carolina came out much more determined in the second game. The Gamecocks took their first lead of the match and led by as many as three early on, 10-7. LSU came back to tie it up at 10 all and the pair went back and forth from there. After nine more ties, the Tigers took the lead for good, 27-26, on a kill by Cooper. LSU went into the locker room with the two-game lead, 30-27.

After being close early in game three, the Tigers broke an 8-8 tie and scored 11 of the next 16 points to pull away, 19-13. South Carolina could get no closer the rest of the way as LSU won going away by an identical score as game one, 30-19.

LSU will remain at home on Sunday to host No. 6 Florida at 1 p.m. The match marks LSU volleyball camp reunion day as all campers wearing their camp T-shirt get into the match for FREE. In addition, the first 200 fans will receive one of the popular “Gold Digger” T-shirts.