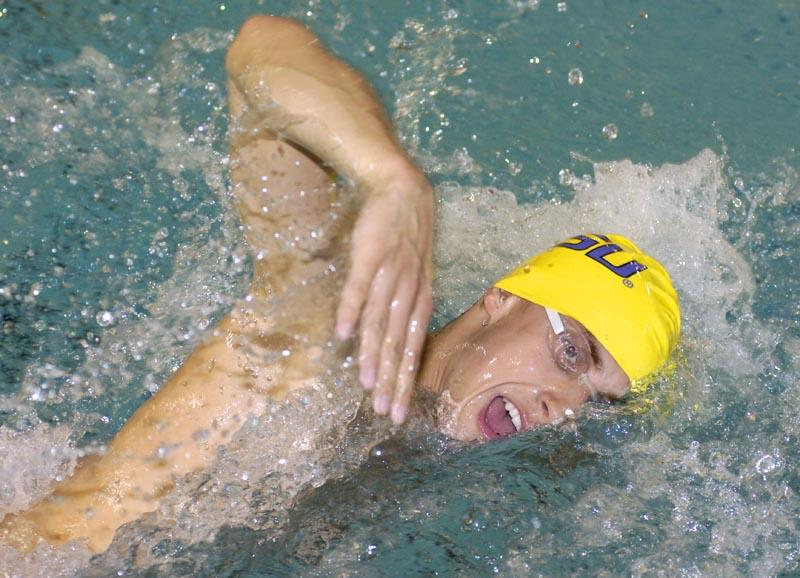 BATON ROUGE — For the first time since 2002, the Gold team was victorious in the annual LSU swimming and diving intrasquad on Friday afternoon, defeating the Purple team by a score of 165-132 at the LSU Natatorium.

Purple had won the last four intrasquads and eight out of the last 12 meets before Friday. Gold pulled away with first-place finishes in the final six swimming events to win the intrasquad for the first time in five tries.

“I think there were some really good races from both sides,” said associate head coach Sean Schimmel, who oversaw the Gold squad. “We saw that with some races coming down to the hundredth. I think this race and the Stanford meet shows our attitude and where we are going, in terms of racing. It is all about getting your hand on the wall and there was a lot of that going on from both sides today.”

Two great races followed in the women’s and men’s 400 individual medley. Junior Vanessa Duenas (4:31.41) narrowly took first over freshman Kannon Betzen (4:31.67). Freshman Luis Gonzalez dueled All-American Julius Gloeckner in the men’s 400 IM. However, Gloeckner turned it on over the final 50 yards and touched the wall .01 seconds ahead of Gonzalez in a time of 4:01.70.

“Luis is someone that can push Julius within our own team,” said Schimmel. “We haven’t had that in a while. It’s good for the team and it is really good for Julius.”

Purple won three out of the four diving events highlighted by a sweep of the women’s 1-meter and 3-meter from senior Paige Brown. Junior Niko Dalman won the men’s 1-meter over freshman Michael Neubacher and junior Nathan Schreiber. Neubacher reversed the order in the men’s 3-meter with first place.

LSU officially opens the season at South Carolina on Saturday, Oct. 13. The meet is slated to begin at 10 a.m. CDT.