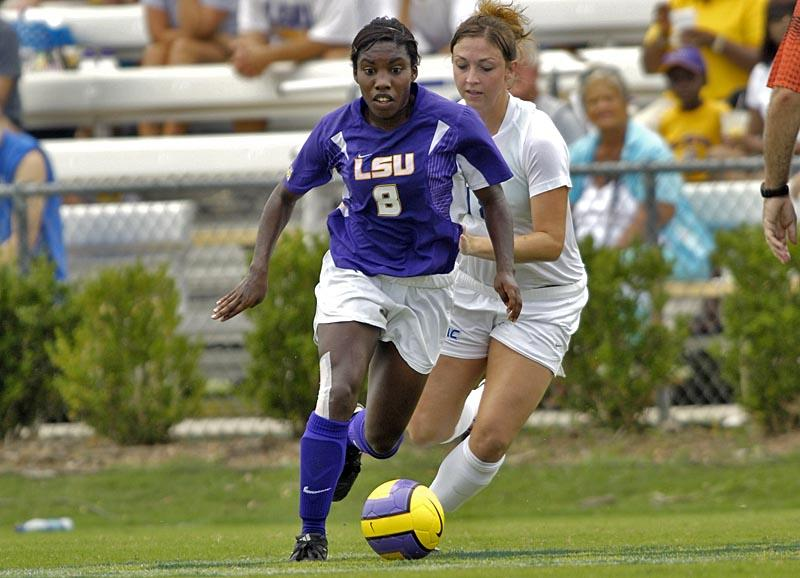 BATON ROUGE — After going on the road and playing fourth-ranked Texas to a 2-2 draw on Tuesday night, the LSU soccer team looks to remain unbeaten as they travel to Mt. Pleasant, S.C., on Friday to take on College of Charleston at 6:30 p.m. CDT.

The Tigers (5-0-2) are off to their best start in program history and are riding a current nine-game unbeaten streak entering Friday’s contest against the Cougars (3-2-0), who are coming off of a dominating 4-1 win over Francis Marion on Sunday afternoon.

The Tigers enter the final weekend of the non-conference slate after earning their first positive result against a top-10 team in program history with a 2-2 draw against No. 4 Texas on Tuesday.

“We’re looking forward to the challenge of going back on the road and playing a quality team like College of Charleston,” said LSU head coach Brian Lee. “They’re always well-coached and are a very organized club defensively. We have to play with maximum effort and intensity if we hope to come away with a positive result.”

The Tigers are the top scoring club in the Southeastern Conference through seven games as they have scored a whopping 23 goals on the year for a league-leading 3.29 goals per game average.

Leading the Tigers on the offensive end is sophomore forward Rachel Yepez, who is now the top individual scorer in the SEC with a total of seven goals and 15 points on the season. She scored the first goal of the match and was credited with an assist against Texas.

In fact, LSU features the top three scorers in the SEC as junior Roslyn Jones and sophomore Malorie Rutledge are tied for second with 13 points each. Jones has scored five goals and three assists on the year, while Rutledge has scored three goals and is the SEC assist leader with seven.

“Our kids have worked very hard since last season and through seven games this season, and they’re starting to reap the benefits of that hard work,” Lee said. “We’re fitter, faster and stronger than we were a year ago and it shows with the way we’ve performed to this point. It’s important that we continue to improve as we get closer to the start of SEC play.”

After battling the Cougars on Friday night, the Tigers follow with a match against Davidson on Sunday at 11 a.m. in the third game of this year’s College of Charleston Tournament at Patriot’s Point. They return home next weekend for their SEC opener against Mississippi State on Sept. 28.