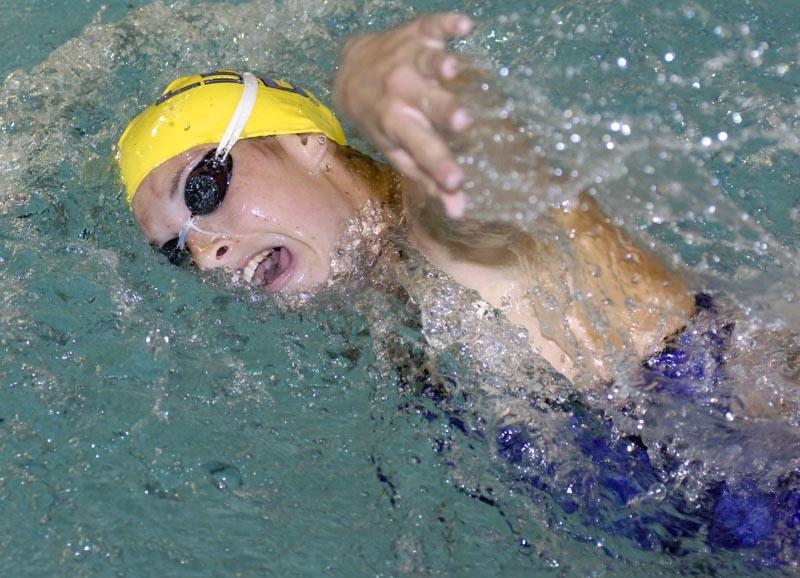 BATON ROUGE — The LSU swimming and diving team plays host to the 19th-annual Purple and Gold Intrasquad at 3 p.m. Friday in the LSU Natatorium.

The split squads have been selected by the athletes. Team captains for the Gold team are junior Katie Gilmore and senior Joseph Veron, while senior Stefanie Carver and junior Connor Farber lead the Purple squad.

Friday’s meet is the first chance for the divers and women’s team to compete. LSU returns a pair of divers who have earned multiple All-America honors, including sophomore Rachel Ware and junior Niko Dalman.

The women’s team is coming off of its highest NCAA finish since 2001 with 17th place last season. LSU returns three All-America swimmers from relays, including Gilmore, junior Katherine Noland and junior Sabrina Messmer. Sophomore Signe Larson, an NCAA qualifier as a freshman, leads the Lady Tigers in breaststroke events.

Head coach Adam Schmitt said the team is reaching for even higher goals this season with 18 returning letterwinners.

Meanwhile, the LSU men return to action after nearly pulling off the greatest upset in school history last Friday against No. 2 Stanford. The Tigers took the Cardinal down to the final relay before Stanford used a 1-3 finish in the 200 freestyle to avoid the upset by a score of 139-123.

Despite the defeat, LSU proved it could compete against one of the nation’s elite teams. Schmitt hopes the results will be a stepping stone toward future competitions.

“There is a great buzz right now around the country after that meet,” said Schmitt. “People are starting to find out that LSU is a team that is up and coming. It is really a good sign for the men and women, who know that even though we are training early, that we are doing a really great job of preparing for the championship season down the road.”

LSU officially opens the season at South Carolina on Oct. 13 at 10 a.m. CDT.