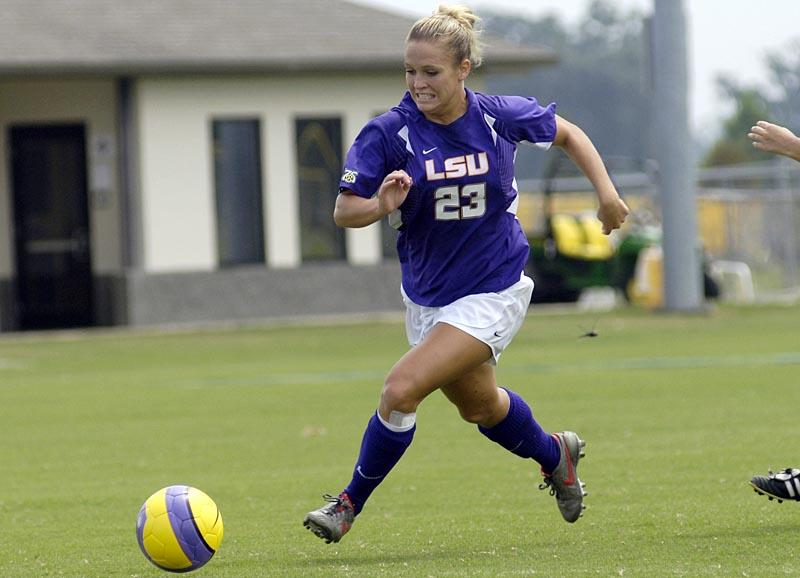 AUSTIN, Texas — For the first time in the program’s 13-year history, the LSU soccer team finished with a positive result against a top-10 team as it went on the road and battled fourth-ranked Texas to a 2-2 draw Tuesday at Mike A. Myers Stadium.

The Tigers (5-0-2) extended their unbeaten streak to nine games by improving to 0-3-1 all-time against the Longhorns (4-1-1). LSU has now played consecutive overtime matches as it finished with a 0-0 draw against unbeaten Houston on Sunday.

This marks just the third time in program history that the Tigers have earned a positive result against a ranked opponent as it defeated 15th-ranked Florida State by the score of 2-1 on Sept. 8, 2002, while battling 12th-ranked Florida to a 1-1 draw on Oct. 22, 2006.

“It was a great result for our team to go on the road and get a draw against a consensus top-five team in the country,” said LSU head coach Brian Lee. “We feel like we have a good team, and this is a big step for us toward our goal of making the NCAA Tournament. It was great to see this team step up and perform on the road in a big-time environment like we did tonight.”

The Longhorns took a 1-0 lead in the 15th minute of play when forward Niki Arlitt netted her third goal of the season by bending a shot from the right side of the penalty area inside the far post and past a diving LSU goalkeeper Valerie Vogler.

But the lead would not last long as sophomore forward Rachel Yepez buried the equalizer with her team-leading seventh goal of the season in the 20th minute of the first half. After Texas had given away possession in the LSU end, sophomore Michelle Makasini slotted a through ball to Yepez who ripped a shot inside the near post from 12 yards out.

The sides went into the halftime break at a standstill despite Texas dominating the run of play with a total of 14 shots and six corner kicks in the period to just four shots and one corner kick for the Tigers. The Longhorns also held the advantage in shots on goal, 7-3.

“We didn’t really make any major adjustments at halftime. We just talked a lot about being better at what we do,” Lee said. “The girls stepped it up big in the second half, especially coming back with a quick goal after Texas had re-taken the lead. That just shows the heart and character of this team to be able to fight like we did tonight.”

After Texas had retaken the lead in the 54th minute off the foot of forward Kelsey Carpenter, the Tigers responded quickly again in the 57th minute with junior Roslyn Jones scoring her fifth goal of the season by punching in a loose ball inside the six-yard box off of a Yepez corner kick.

Vogler stepped up big for the Tigers with her presence defensively as she made a career high 14 saves on the night in 110 minutes of action. The Longhorns pressured Vogler throughout the match as they finished with 32 shots and nine corner kicks, while LSU attempted 13 shots with eight shots on goal and three corner kicks for the match.

“That’s the first time all year that Val has really been tested in goal, and she came up big for us tonight with some great saves,” Lee said. “We got a little tired after playing our second overtime game in a row. Fatigue really started to set in late in the second half and in overtime, but our kids fought hard and really earned a great result tonight.”

The Tigers wrap up non-conference play this weekend as they travel to Mt. Pleasant, S.C., to take on the College of Charleston on Friday at 6:30 p.m. CDT followed by a match against Davidson on Sunday at 11 a.m. They return home to open Southeastern Conference play on Sept. 28 as they welcome Mississippi State to Baton Rouge in a match scheduled for 7 p.m.