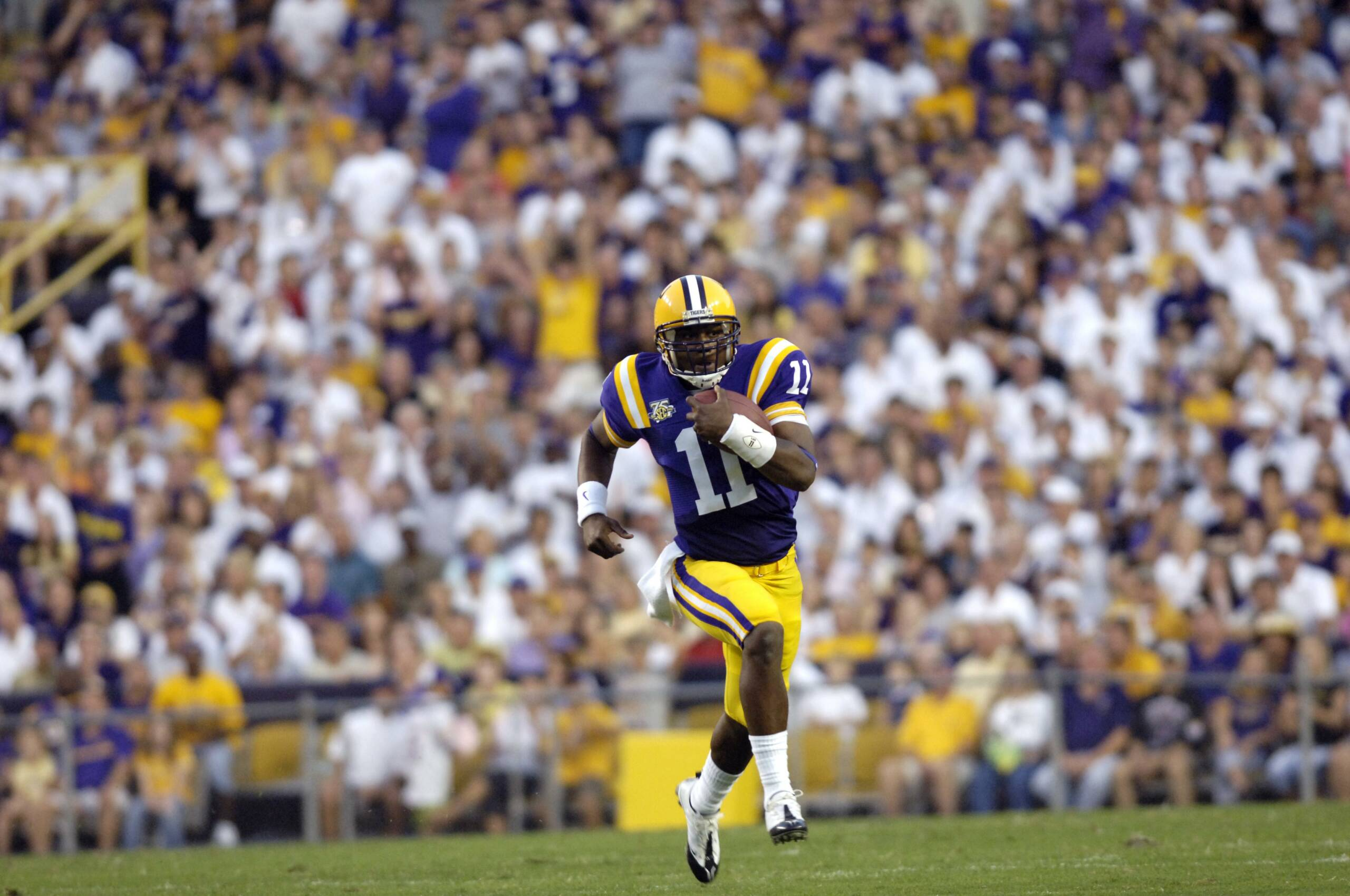 Ryan Perrilloux, making his first collegiate start at quarterback for the Tigers, was named the offensive player of the week, while McNeese’s Bryan Smith won for his efforts in the rivalry win over Louisiana-Lafayette and Louisiana Tech’s Weldon Brown was named the special teams player of the week. Nominations for the various awards are made from the football playing universities in the state and voted on by an LSWA panel.

Perrilloux, the sophomore quarterback from LaPlace, completed 20-of-25 passes for 298 yards and tossed three touchdowns in LSU’s 44-0 victory over Middle Tennessee State. Perrilloux had touchdown passes of 13, 62 and 15 yards while also collecting 37 rushing yards on eight carries.

Smith led the McNeese defense in the 38-17 victory with nine tackles and two quarterback sacks for losses of 14 yards. Smith had a total of 3.5 tackles behind the line for a loss of 17 yards as the Cowboys became the second Louisiana NCAA football championship subdivision team to beat a bowl subdivision team this season.

Brown excelled despite a loss to eighth-ranked California by Louisiana Tech. The junior from Shreveport recorded six kickoff returns for 199 yards for a 33.3 yard per return average. He had four returns of more than 35 yards (35, 36, 43, 47). He also helped hold Cal star DeShaun Jackson in check, limiting him to minus six yards on three punt returns.