Soccer to be Tested by Attacking Style of No. 4 Texas 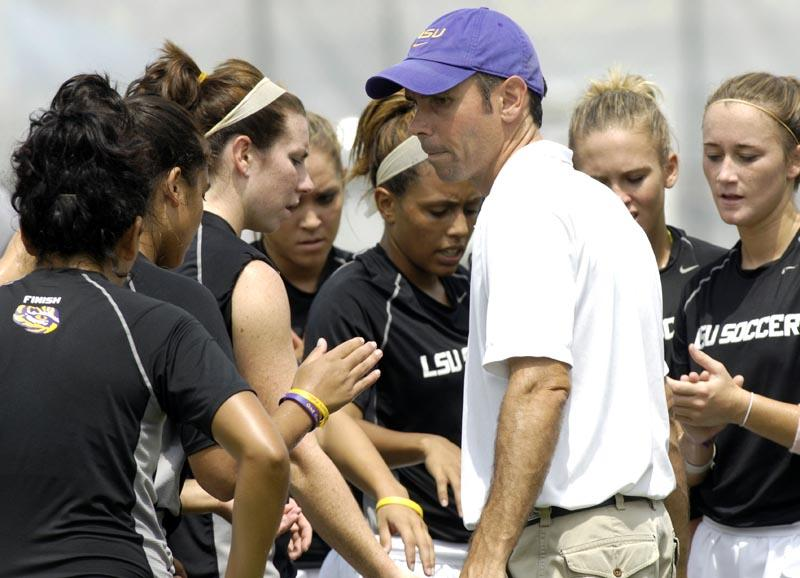 BATON ROUGE — The LSU soccer team is off to its best start in school history through six games and looks to remain unbeaten when it travels to Austin, Texas, on Tuesday to take on the fourth-ranked Texas Longhorns at Myers Stadium at 7 p.m.

The Tigers (5-0-1) have never beaten the Longhorns (4-1-0) in three previous meetings as Texas holds a 3-0 lead in the all-time series. LSU enters the match on its second-longest unbeaten streak in team history at eight games following a 0-0 draw with Houston on Sunday.

“We expect a totally different game tomorrow night than we saw this past weekend with McNeese State and Houston,” said LSU head coach Brian Lee. “Texas likes to attack, and it’s going to be an up and back match between two of the best attacking teams in the country. It’s definitely a college soccer game that I would pay to see.”

The Longhorns have gotten off to a fast start in 2007 as they went on the road and defeated then second-ranked UCLA by the narrow margin of 2-1 in their second match of the season on Sept. 2.

The side is coming off of a dominating 6-0 shutout of Texas-San Antonio on Friday night. It opened the season on Aug. 31 with a 3-1 win over TCU, while it shut out Arizona State, 1-0, on Sept. 2 followed by a 2-0 defeat at the hands of Arizona on Sept. 9.

The Longhorns are led by a pair of NSCAA All-Americans as junior defender Kasey Moore earned first-team honors while senior forward Kelsey Carpenter was a second-team selection a year ago. In addition, junior defender Stephanie Logterman is an All-American caliber player as she spent much of 2006 competing with the Under-20 U.S. National Team.

Carpenter scored the ninth hat trick in program history to lead Texas to a 4-2 win over the Tigers in Baton Rouge in the last meeting between the two schools on Sept. 13, 2006.

“It won’t be easy for us to get through Texas’ defense because Kasey Moore and Stephanie Logterman are two world-class players along the back line,” Lee said. “Kelsey Carpenter is also an All-American caliber player up top, so it’s going to be a tough test for us on both ends of the field and we look forward to the challenge.”

The Tigers enter the match ranked No. 7 in the Central Region in the latest regional polls released by both Soccer Buzz Magazine and the National Soccer Coaches Association of America.

LSU is the top scoring team in the Southeastern Conference through six games as they lead the league with 21 goals and 62 points on the season. Sophomores Malorie Rutledge and Rachel Yepez are also the top two individual scorers with 13 points and 12 points, respectively. Rutledge leads the league in assists with seven, while Yepez is the SEC’s top goal scorer with six.

Live stats and live streaming video of Tuesday’s match can be found online by accessing the official website of the Texas Longhorns at www.texassports.com. The Tigers follow with a match against the College of Charleston on Friday at 7 p.m. in Mt. Pleasant, S.C.