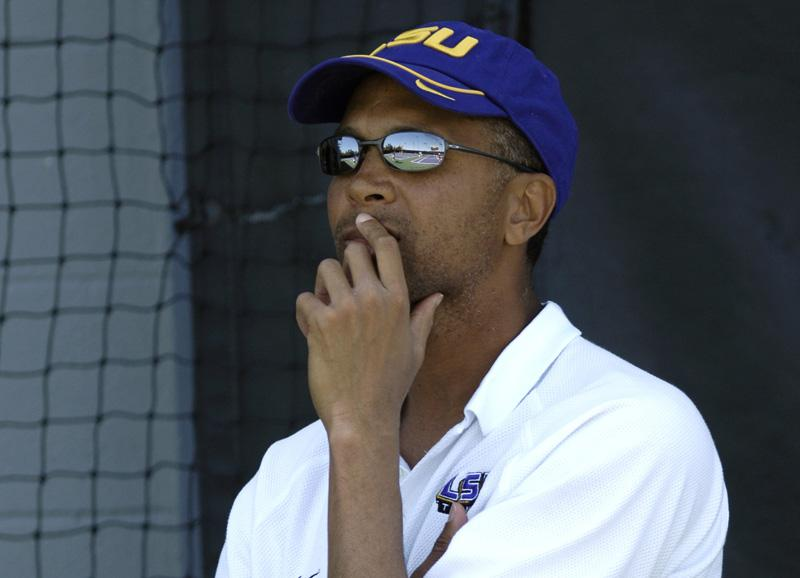 MINNEAPOLIS — The LSU women’s tennis team closed out the Gopher Invitational on a positive note, winning three out of four matches at the Baseline Tennis Center Sunday.

Hannah Robinson, a sophomore from Monroe, La., led the Tigers on the day as she won the consolation final in the Maroon Singles Flight. Robinson bested Aleksandra Stankovic of Eastern Michigan, 6-3, 6-2 to capture the title.

Robinson also paired up with freshman Kylie Adamek to take fifth place in the consolation bracket of the North Doubles Flight. Robinson and Adamek dominated the duo of Erica Dobson and Sierra Krebsbach of Gustavus Adolphus, 8-1.

Sophomore Sloane Mathis also played well on the day, winning the seventh place match on the consolation side of the Gold Singles Flight. Mathis, a native of New Orleans, easily knocked off Jennifer Sondreal of South Dakota State in straight sets, 6-1, 6-0.

“The tournament progressed well for us,” Head Coach Tony Minnis said. “We got off to a sluggish start, but we played better as the tournament went on. I was really pleased with how we finished today.”

The only negative on the day was in the consolation final of the Gold Singles Flight. Adamek fell in a tough match to Mariana Spilca of Minnesota, who was playing on her home courts, 6-4, 6-4.

The Tigers will return to the practice courts to prepare for the next tournament, the UNLV Invitational on Sept. 28-30.