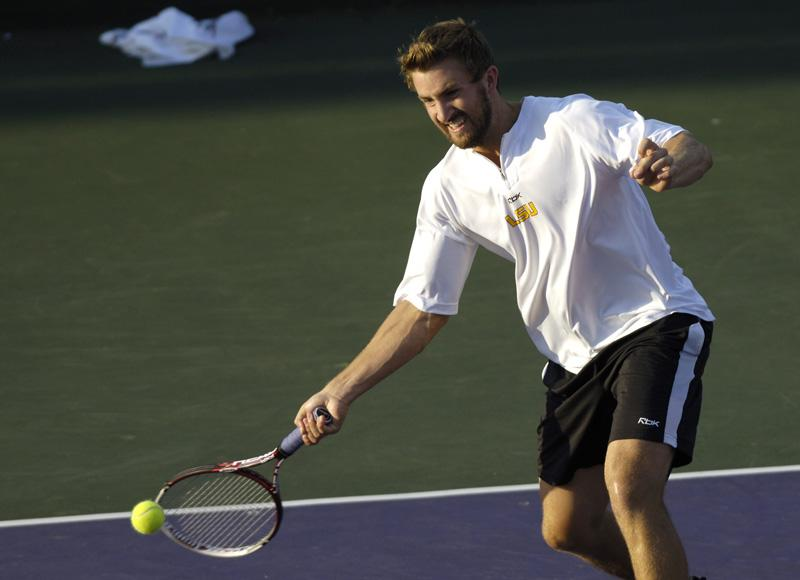 HOUSTON — The LSU men’s tennis team finished its second day at the Courtyard by Marriot/Rice Invitational on Saturday as they won five of their six matches.

The Tigers swept the singles competition while splitting their doubles matches.

“Everybody did a good of rebounding today and competing hard,” Associate Head Coach Mark Booras said. “The conditions and competition were tough but they pulled through their matches today.”

Kevin Dessauer and Sebastian Carrlsson claimed three-set victories in singles to punch their ticket to the finals of their respective flights.

Jan Zelezny claimed his first victory of the season by breezing past Chong Wang of Rice in straight sets, 6-2, 6-4.

In doubles, Dessauer and Gauthier reached the finals of the A flight by taking out Tulsa’s duo of Andy Connelly and Ross Cunningham, 8-4.

The Tigers will wrap up tournament competition Sunday afternoon.