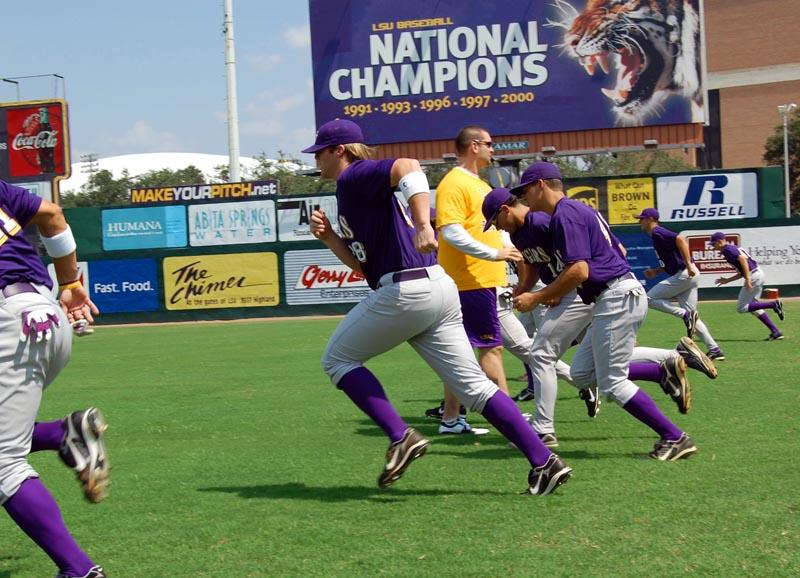 “It was a great start,” second-year LSU coach Paul Mainieri said of the opening practice. “It’s very evident to me that we have a group of players who are committed to performing at the highest level. There was not a player out here today who is not willing to work hard and make the sacrifices necessary to make our team as good as it can possibly be.”

The veterans are complemented by a talented class of 19 newcomers, including eight players selected in the 2007 Major League Draft.

The Tigers stressed fundamentals in Saturday’s workout, focusing on baserunning and situational hitting while also engaging in spirited round of batting practice.

Mainieri said LSU will work out again at 1 p.m. Sunday in Alex Box Stadium, and the Tigers will conduct a four-inning scrimmage at 4 p.m. Monday.

The fall practice session continues through October 23, and all workouts in Alex Box Stadium are open to the public.

LSU opens the 2008 season on February 22 versus Indiana in Alex Box Stadium.