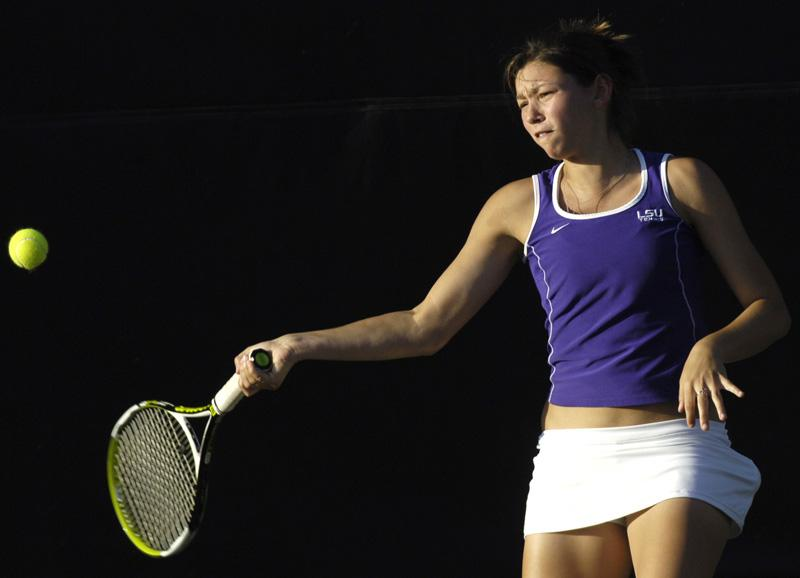 BATON ROUGE — The LSU women’s tennis team opens the 2007-08 season at the Gopher Invitational on the University of Minnesota’s campus in Minneapolis, Minn., on Friday.

Hannah Robinson, Sloane Mathis and Kylie Adamek will make the trek this weekend with head coach Tony Minnis. Robinson and Mathis will compete together in doubles while all three will compete in singles play. Adamek will pair up with Dori Losonczy of Iowa State in doubles.

As a freshman last season Robinson played well at the four spot in singles, recording a 24-12 record in singles including an impressive 8-3 record in SEC play. Mathis played sparingly last year as a freshman but still went 2-0 at the No. 6 position.

Adamek, a true freshman from Baton Rouge, will see her first action as a Tiger. Adamek had an impressive high school career, leading her team to three consecutive state titles while playing at the No. 1 position in singles.

The tournament will run through Sunday at the Baseline Tennis Center.