by LSUsports.net (@LSUsports)
Soccer Game to be Carried Live Online +0 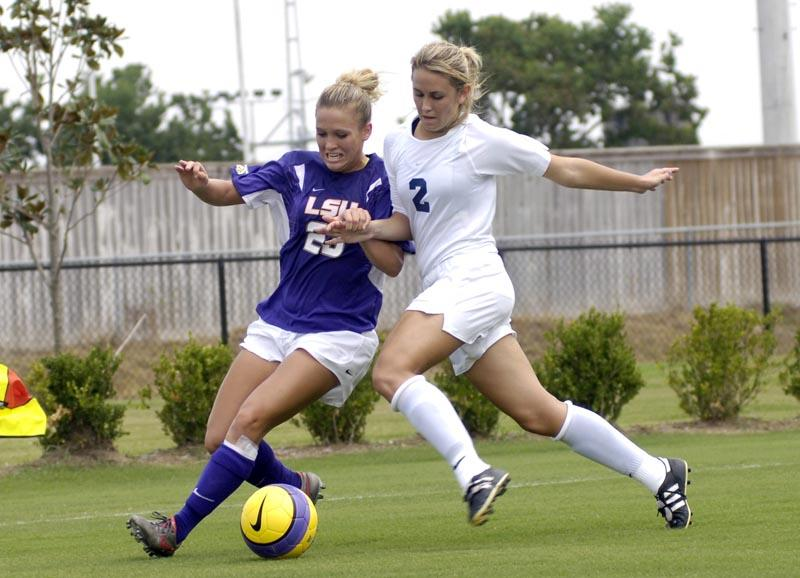 BATON ROUGE — With a pair of dominating wins over regionally-ranked opponents under its belt, the LSU soccer team looks to continue its hot start when it welcomes McNeese State to the LSU Soccer Complex on Friday in a match slated for 7 p.m.

The Tigers (4-0-0) are off to their best start since winning four straight to begin the 2004 season, while they are riding a six-game unbeaten streak dating back to the end of the 2006 campaign.

Following a pair of wins over Memphis (7-2) on Sept. 6 and Miami (4-1) on Saturday, LSU received its highest ranking in program history as it is the No. 7 squad in the Central Region in the latest regional poll released by the National Soccer Coaches Association of America.

“It’s great for our team to have some early season recognition, but rankings don’t really mean a whole lot at this point,” said LSU head coach Brian Lee. “We’re still a work in progress, but this shows that we’re making strides toward becoming the team we expect to be. Going up against a strong McNeese State team is the next step in that process.”

LSU holds a commanding 5-1 advantage in the all-time series with McNeese State and has won four in a row over the Cowgirls with its most recent victory coming by a 2-1 margin on Sept. 13, 2005. McNeese State’s lone win was a 2-1 victory in Baton Rouge on Sept. 19, 1999.

“Scooter (Savoie) has done a tremendous job in building that program up and taking them to the NCAA Tournament in recent years,” Lee said. “It’s always a big game for both teams when we face an in-state club, and I’m sure we will get McNeese State’s very best effort tomorrow night.”

The Tigers have dominated their opponents on the offensive end of the field through four games this season as they are currently ranked No. 1 in the Southeastern Conference and No. 4 in the NCAA in goals scored with 16. They have only allowed three goals on the season.

Sophomore Rachel Yepez led the offensive onslaught this past weekend as she was named Most Valuable Player of the Samford Classic after scoring an SEC leading four goals in two matches.

For her effort, Yepez was named to both the Soccer Buzz National Elite Team of the Week and the Top Drawer Soccer Women’s College Team of the Week in addition to being voted the LSU Female Athlete of the Week by a panel of local media. Joining Yepez on the Samford Classic All-Tournament Team were Taryne Boudreau, Roslyn Jones and Malorie Rutledge.

“We’re pleased to have the type of offensive output that we’ve had to this point in the season,” Lee said. “We’ve recruited a number of creative, attacking players who put tremendous pressure on opposing back lines. That’s going to be a key to our success this season.”

Fans coming to the LSU Soccer Complex are encouraged to wear white to the game in an effort to “White Out” the Cowgirls, and the first 250 fans wearing white who enter the stadium will receive a free LSU visor. This is also the first of two Student Point Games for the 2007 season.

Those who are unable to make it to the game can listen live on the Internet as the match will be broadcast free at www.totalsportsradio.com beginning at 6:45 p.m. with Jason Kelly on the call.

The Tigers follow their match against McNeese State on Friday by traveling to Houston to take on the Houston Cougars on Sunday at noon. They will then make the trip to Austin, Texas, to take on the sixth-ranked Texas Longhorns in a match scheduled for 7 p.m.