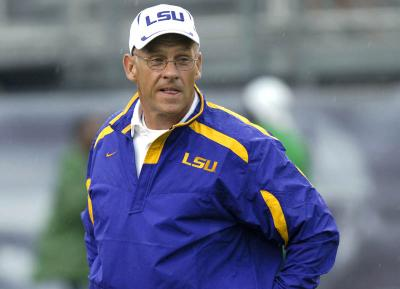 BATON ROUGE — Lost in all of the excitement of last week’s dismantling of ninth-ranked Virginia Tech has been the steady and creative play of the LSU offense in its two games under first-time starter Matt Flynn and first-year coordinator Gary Crowton.

Through two games, the second-ranked Tigers have put a total of 93 points and 945 yards of offense together in wins over Mississippi State and Virginia Tech. The 93 points during the first two games of the season is the most by an LSU team since scoring 108 points in wins over Louisiana-Monroe and Arizona to open the 2003 season.

LSU’s 945 yards of offense, including an astounding 598 yards against a Virginia Tech defense that has ranked No. 1 in the nation in each of the past two seasons, is the most by the Tigers over the first two games of a season since the 2003 season as well.

Two weeks into the 2007 season, the Tigers are third in the SEC in scoring with 46.5 points per game and they are fifth in total offense with a 473.0 yard per game average. Only Florida and Kentucky have scored more points in the SEC this year than LSU, but both of those teams have had games against I-AA teams. LSU’s 93 points have come against an SEC opponent (Mississippi State) and a team ranked No. 9 in the nation.

LSU’s had all of this offensive production under fifth-year senior quarterback Flynn, who is now 3-0 as a starter, and Crowton, who took over the Tiger offense during the spring.

What’s been impressive about the gaudy numbers that LSU has put up on offense is the efficiency in which the Tigers are doing it. First of all, LSU has now gone eight quarters this season without a turnover.

Secondly, LSU’s offense, in 26 possessions this year, have only had five occasions in which they have gone three plays and out. LSU is a perfect 11-of-11 in redzone possessions, scoring touchdowns eight times with field goals coming on the three other opportunities.

The Tigers are ranked third in the Southeastern Conference in third-down efficiency, having converted on 51.7 of those opportunities.

Individually, Flynn and backup quarterback Ryan Perrilloux have been nearly flawless in their execution from that position, combining to complete 36 of 54 passes for 450 yards and five touchdowns.

Early Doucet has been the top target for the quarterbacks, hauling in 15 passes for 153 yards and a pair of scores. First-year starter Brandon LaFell is coming off a 7-recpetion, 125-yard game against Virginia Tech and ranks second in the squad with eight catches for 140 yards and one touchdown.

Senior Jacob Hester and sophomore Keiland Williams have led LSU’s running back-by-committee approach with 149 and 144 yards respectively. Williams is coming off a career-best game against Virginia Tech with 126 yards, including a spectacular 67-yard scoring run in the second quarter to break open the contest.

Hester added 81 yards rushing and one touchdown to go with 28 yards receiving in the win over the Hokies.

The Tigers will get another shot at continuing their offensive success on Saturday when they host Middle Tennessee of the Sun Belt Conference at 7 p.m. in Tiger Stadium.