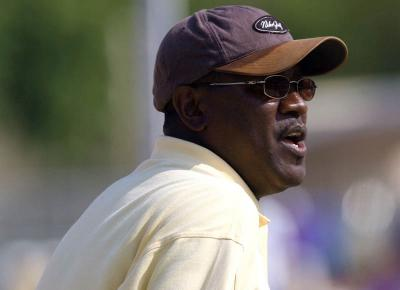 BATON ROUGE — The LSU men’s and women’s cross country teams begin the 2007 season Friday when they travel to Tuscaloosa, Ala., for the Crimson Classic.

The Alabama-hosted event will take place at the Harry Pritchett Running Park with collegiate races beginning at 5 p.m. The women start things off with a 5K run and the men follow with an 8K race at 5:30 p.m.

“Alabama was the closest meet that provided the type of competition we were looking for in a first meet,” said LSU cross country coach Mark Elliott.

The field consists of 13 teams from throughout Alabama, Mississippi and Louisiana, including SEC foes Mississippi State, Ole Miss and Alabama.

Elliott plans on using this meet to get an early season evaluation of both his men’s and women’s squads.

“This is a meet that will help us determine who our top eight or ten runners are going to be,” said Elliott.

On the men’s side Elliott will look to junior Joseph Simuchimba to pace a squad that also includes veteran runners Michael Hendry and Jacob Simmons.

Simuchimba, who will be competing in his first cross country season for the purple and gold, comes off a stellar 2007 track campaign that saw him post the seventh-best 10K time in school history as well as a third-place finish in the event at the SEC Outdoor Championships.

“Based on the track season, I think Joseph is the kind of athlete that will be vying for an individual berth to the NCAA Championships if the men do not qualify as a team,” said Elliott.

Hendry ran in four races for the Tigers a year ago and was LSU’s No. 2 finisher at the NCAA South Central Regional Championships.

Simmons sat out last year’s cross country season, but was a main contributor in 2005, finishing among LSU’s top-three finishers at both the SEC and regional championships.

For the women, Elliott expects a quartet of seniors, in Megan Broussard, Lindsey Day, Erin Vandivort and Kate Accardo to lead the squad.

“This is a group that has the ability to perform well without needing to have a superstar,” said Elliott. “Six to seven of the ladies have been running hard and training together. Hopefully that will help us minimize the time between our first and fifth runners which is the key to being successful as a team in cross country.”

Brossard is expected to anchor the senior-laden group. She finished first or second for the Lady Tigers in each of their six races a year ago.

Day and Vandivort were consistent scorers for the Lady Tigers last season, finishing among LSU’s top four at both the SEC and NCAA South Central Regional Championships.

Accardo sat out as a redshirt during the 2006 season, but is expected to return in 2005 form where she was a key contributor in all five of the Lady Tigers’ races.

Following the Crimson Classic, both the men’s and women’s teams return to Baton Rouge to prepare for their only home meet of the season, the LSU Tiger Cross Country Festival, on Saturday, Sept. 22, at Highland Road Park.