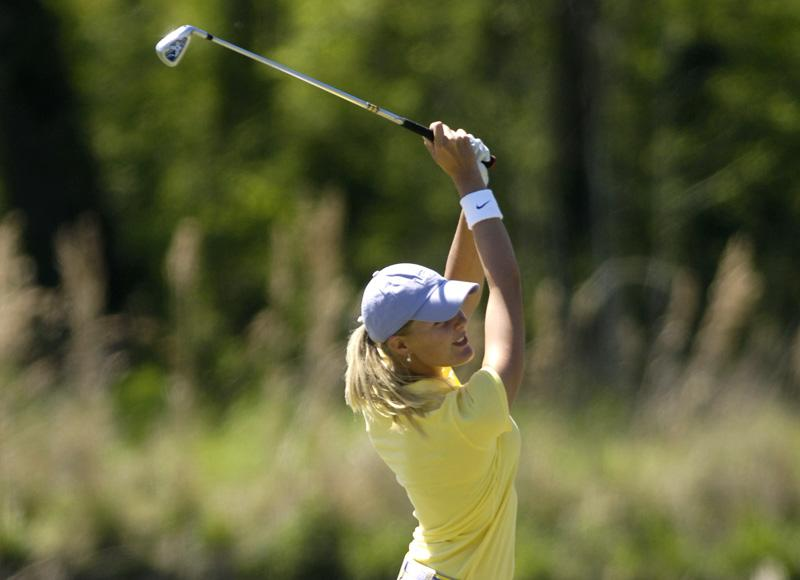 FRANKLIN, Tenn. — The 27th-ranked LSU women’s golf team will field what may be its youngest lineup in over a decade when the Lady Tigers play their second tournament in less than a week at the Mason Rudolph Women’s Championship hosted here beginning Friday morning at Vanderbilt.

The tournament, at the Vanderbilt Legends Club, features the top nine teams in the country and 14-of-the-top-27 schools for what will be LSU’s second stop on a four-tournament fall season.

Headlining the field is three-time defending national champion and top-ranked Duke along with No. 2 Arizona State, No. 3 USC, 4th-ranked UCLA, No. 5 Auburn, No. 6 Oklahoma State, seventh-ranked Purdue, No. 8 host Vanderbilt and ninth-ranked Arizona. Other ranked teams in the field are No. 11 Wake Forest, No. 13 Florida, No. 14 Georgia, No. 20 Stanford and the 27th-ranked Lady Tigers. Rounding out the field are Kentucky, Ohio State and South Carolina.

The Lady Tigers are coming into this event off a strong fifth place finish in the Cougar Classic that ended on Tuesday. LSU opened with a total of two-under par 286 and added rounds of 299 and 298 to finish at 19-over par 893.

In the opening evening, freshman Megan McChrystal tied for 12th at two-over 218 and junior Caroline Martens and freshman Amalie Valle, both from Norway, tied for 22nd at five-over 221. Despite shooting a 79 in the middle round, redshirt freshman Nicole Crochet also had some good numbers tying for the tournament lead in play on par-3 holes at 2.83 strokes per hole, playing the par threes in 2-under par for the event.

Those four will be in action at the Mason Rudolph and they will be joined by another freshman, Lindy LaBauve of Scottsdale, Ariz. LaBauve, whose parents are listed as two of the Top 100 golf instructors in the nation, has LSU ties as her father, Mike, is a former LSU Tiger golfer.

The four freshman represents what is believed the youngest lineup since LSU’s “Three Amigas” — Ashley Winn, Michelle Louviere and Laura Moore — debuted as a group during the fall of 1995 along with two juniors — Shannon Hanson and Casey Scott.

“It’s a very young lineup, obviously,” said LSU women’s golf coach Karen Bahnsen, in her 24th season as the LSU women’s head coach. “This tournament traditionally has a very strong field and this one certainly may be the best in the years we’ve been coming here. We are going to have to play as well as we did in the opening event and none the less, it will certainly be a very good learning experience for these young players.”

The 54-hole event runs through Sunday with 18 holes each day. Live scoring for the event can be found at www.golfstat.com.