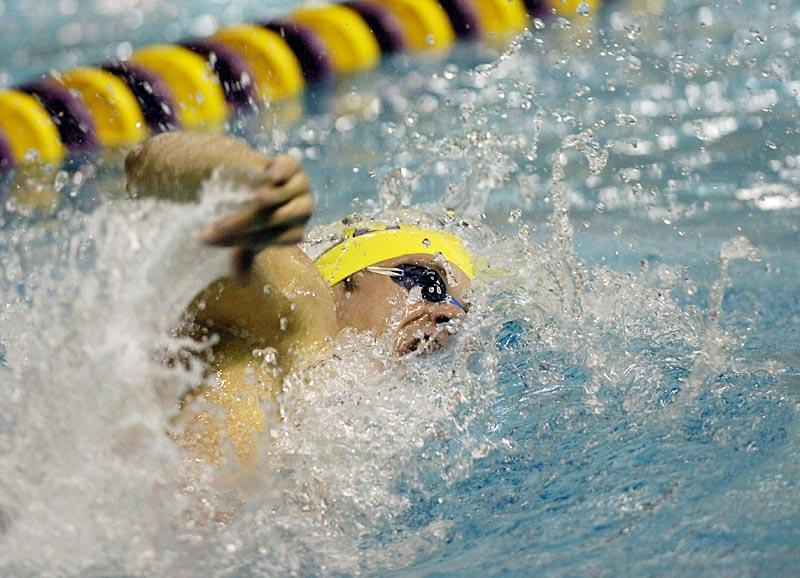 LSU returns 14 letterwinners and two athletes who garner multiple NCAA All-America honors. The Tigers produced one of the finest seasons in school history in 2006-07.

“This is the first year where we really have a true full squad on the men’s side where we can really compete against some of these Top 10 teams,” said Schmitt. “We are looking at having a winning attitude. We go in here to win some races and take some races away from this high caliber program. That is where we want to be.”

Schmitt said the meet will be used as measuring stick for seeing what swimmers perform well in certain events.

He capped the 2007 NCAA Championships with a first-team All-America honor in the 400 IM with seventh place and honorable mention All-America accolades in the 200 butterfly with 14th place.

Gloeckner believes the Stanford meet is a good challenge to begin the dual-meet season.

“This will be a good test to see where we are right now,” said Gloeckner. “Other important meets will be coming as the season goes. We hope to race tough. It has been awhile for everyone since they had their last race and meet.”

The Tigers also return NCAA qualifiers Miko Malberg and Christoph Lubenau. Malberg was a double finalist at last year’s SEC meet in the 50 free and 100 free. Friday is the beginning of an exciting year for the Tallinn, Estonia, native. Malberg has qualified to compete for his native country at the 2008 Beijing Olympic Games in August.

Lubenau is coming of a solid campaign that saw him reach NCAAs in his first season at LSU. He was a top-eight finisher at the conference meet in the 100 butterfly and ranks fourth in school history in that respective event (47.38).

Stanford is coming off of its 26th straight Pac-10 conference championship and an NCAA runner-up finish to Auburn last spring. The Cardinal has been training in Louisiana prior to the start of fall classes on Sept. 24.

Meanwhile, divers and the LSU women’s team begin competition on Sept. 21 as the Tigers play host to the annual Purple and Gold Intrasquad at 3 p.m. Admission is free to the public.