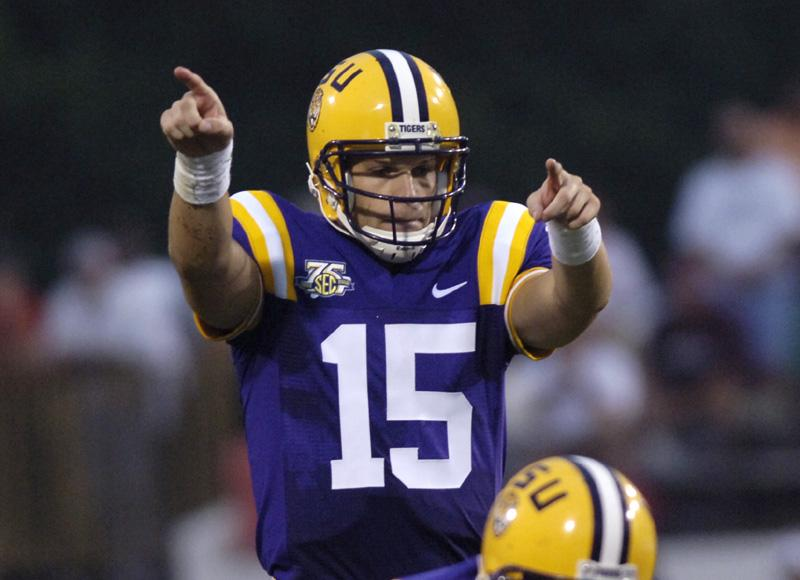 BATON ROUGE — A late afternoon thunderstorm sent second-ranked LSU indoors midway through its practice on Wednesday as the Tigers continue to prepare for Saturday’s non-conference contest against Middle Tennessee in Tiger Stadium.

Kickoff for the Tigers and Blue Raiders is scheduled for 7 p.m. The game will be televised on LSU’s pay-per-view network, TigerVision.

LSU (2-0) goes into the Middle Tennessee game coming off a 48-7 win over ninth-ranked Virginia Tech last week. The Blue Raiders, who are 0-2 overall, dropped a 58-42 decision to eighth-ranked Louisville in their last outing.

“We’re working hard to accomplish the game plan,” LSU coach Les Miles said after Wednesday’s practice. “I liked the way practice went. The tempo was strong. The players have had good focus this week. I like this team’s attitude. They’re working hard and I enjoy practicing with them. I look forward to this game.

When asked if his team is taking a different approach in this week’s practice as compared to its preparations for a nationally-ranked team a week ago in Virginia Tech, Miles replied “I’ve seen coaches coaching hard. I’ve seen our players working harder in improvement and mastering the game plan. In no way do I feel like we are giving less effort. This was a really good practice.”

Miles said that senior quarterback Matt Flynn practiced on Wednesday and that his status for the Middle Tennessee contest is listed as day-to-day.

“(Matt) was out there,” Miles said. “He threw a couple more balls. It looks like he’s rounding into shape. He’s day-to-day. I suspect we will know more tomorrow as we get to the back end of the week.”

Miles also noted that senior safety Craig Steltz is expected back at practice on Thursday after missing Wednesday’s workout. Steltz, who is the quarterback of the Tiger secondary, leads the nation in interceptions with four through the first two games of the season.

“(Craig) Steltz is doing a lot better, but we gave him some time off today,” Miles said. “The veteran he is, if he gets work on Thursday, he will be in great shape for the game.”

Miles said he doesn’t have a policy on whether or not a player can play in a game after missing a week of practice. Miles said each situation is specific to that particular player.

“It is very specific to a player and his experience,” Miles said. “A guy that I know who has a personal toughness and great conditioning, if he rounds into shape late in the week and has the ability to play to the levels of our standard here at LSU then he gets to play. Some guys are too young to do that. Some guys don’t have the ability to miss practice time and still play at a level that we are comfortable with. Guys like (Craig) Steltz and (Matt) Flynn understand that.”

The Tigers will workout again on Thursday afternoon followed by a walk-thru on Friday.