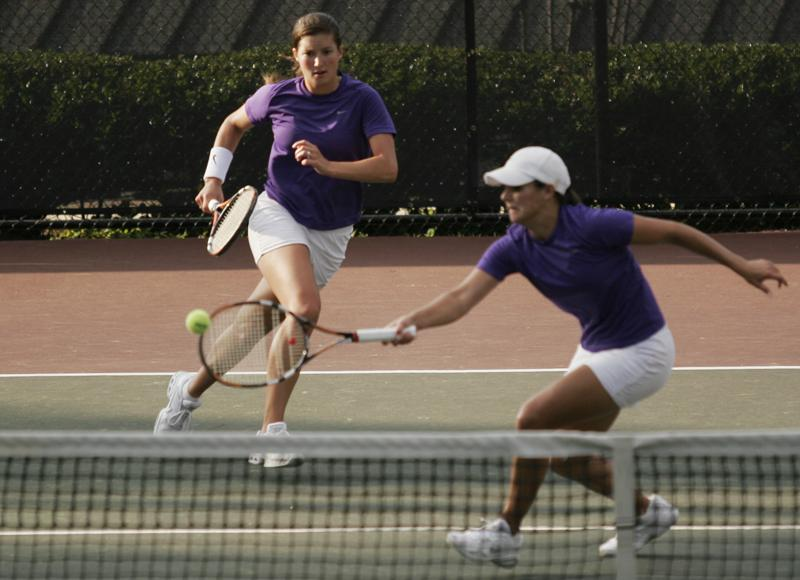 Falcon and Robinson, ranked No. 13 in doubles, will compete together against some of the nation’s best, including the No. 1 doubles team of Megan Moulton-Levy and Katarina Zoricic of William and Mary.

Falcon, ranked No. 1 in singles, will face tough competition as 21 of the 23 main draw participants are ranked in the top 25, including the tournament’s defending champion, fourth-ranked Suzi Babos from California.

“Any time you make the main draw of an elite tournament, it is such an accomplishment. Hopefully Megan and Hannah can compete hard against some of the nation’s best and come out on top,” head coach Tony Minnis said.

Last season Falcon entered the tournament unranked and raced through the qualifying rounds, knocking out five ranked opponents to reach the main draw. Falcon lost to fifth-ranked Melanie Gloria of Fresno State. Once in the consolation bracket she proceeded to dominate, advancing to the consolation final against No. 20 Celia Durkin of Stanford. Falcon won 6-0, 6-0.

The tournament is scheduled for Oct. 4-7 at the Riviera Tennis Club, the host site of the tournament since 1988.