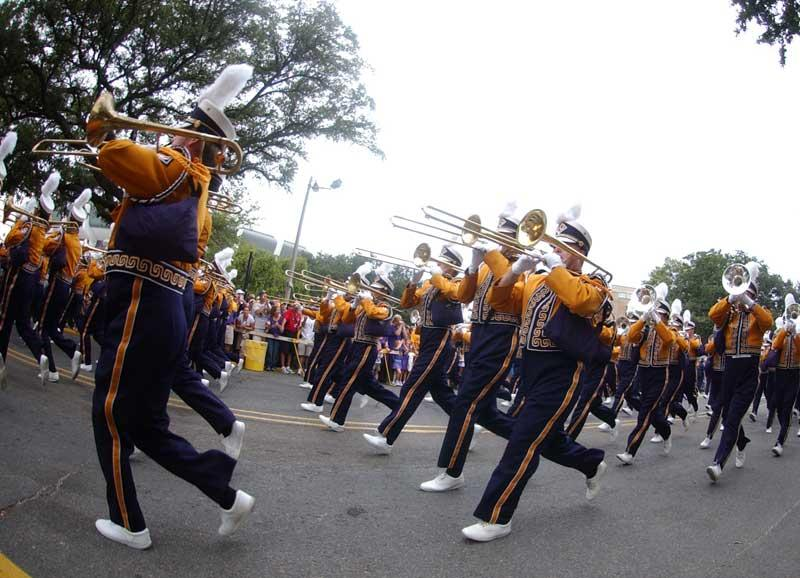 Taco Bell has teamed up with LSU for another year as the title sponsor of one of the greatest fan interactive promotions, “March to Death Valley” presented by Taco Bell.

Winners will receive $25 worth of Taco Bell Border Bucks from Taco Bell, two pregame sideline passes and two tickets to the game in which fans have registered.

Fans will also march down Victory Hill with The Golden Band from Tigerland and into Tiger Stadium.

For your chance to win, register at LSUsports.net. Fans are encouraged to register each week as this promotion is a season long promotion.

Taco Bell. Think outside the bun.