No. 24 Volleyball Begins SEC Play on the Road 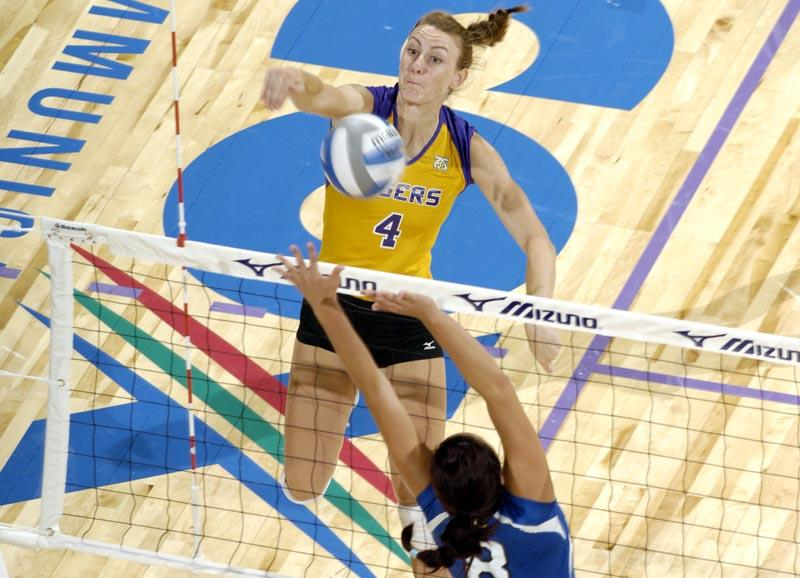 BATON ROUGE — The 24th-ranked LSU volleyball team will take part in the first Southeastern Conference match of the season as the Tigers travel to face Ole Miss in the Gillom Sports Center on Wednesday at 7 p.m.

The Tigers (8-1, 0-0 SEC) dropped their first match of the year last weekend to Iowa State, but have a pair of wins over opponents from the always outstanding Big Ten Conference. The Rebels (10-1, 0-0 SEC) are off to one of their best starts in school history and are receiving votes in the Top 25 poll this year for the first time after wins over then-nationally ranked Missouri and Sacramento State.

“Ole Miss is a team that is playing very, very well and they come into the match with great confidence,” said LSU head coach Fran Flory. “The way they ended the season last year successfully in the NCAA Tournament has given them the belief that they belong in the NCAA Tournament. I think that this should be a great match and one that will have a tremendous impact on the SEC Western Division race.”

Lauren DeGirolamo leads the Tigers and ranks sixth in the SEC with a .359 hitting percentage. In addition, the sophomore leads LSU and ranks fourth in the league with 1.51 blocks per game. Against Rice, she posted a career-high 12 blocks, which ranks in the top 10 in school history in total blocks and block assists. Sophomore Brittnee Cooper also ranks in the top 10 in the SEC in blocks per game, posting 1.35 per frame to put her in seventh in the league.

Offensively, LSU is led by Kyna Washington with 4.06 kills per game. The reigning SEC Player of the Week ranks sixth in the conference in kills and is only nine kills away from recording 800 for her career. In addition, Washington leads the league in service aces per game at 0.68. Four additional players are averaging over two kills per game, including DeGirolamo with 3.20.

Junior Elena Martinez leads the SEC with an amazing 5.71 digs per game. In her first season as the starting libero, Martinez broke the school record with 34 digs against Iowa and has posted four of the top 20 dig marks in LSU history in only nine matches this season. Having already reached the 200-dig mark for the year, she is already halfway to breaking into the top 10 in single-season digs in school history.

LSU is 13-10 in SEC openers, including a 7-6 mark at home, a 5-4 record on the road and a 1-0 record at neutral sites. The Tigers have now won three in a row. LSU came back from an 0-2 deficit to defeat Tennessee in Knoxville and snap the Lady Vols’ 12-match home SEC winning streak last season.

LSU will remain on the road to take on Arkansas on Sunday. The Tigers will face the Lady Razorbacks at 1:30 p.m. in Barnhill Arena. LSU returns home next weekend to take on South Carolina and No. 6 Florida. The Tigers will face the Gamecocks on Friday at 7 p.m. and all fans wearing gold will get into the match for FREE. Sunday’s match against the Gators is scheduled for 1 p.m. and will be televised by Cox Sports Television on Baton Rouge cable channel 37.